India   All India  03 May 2017  Woman arrested for 'honey-trapping' BJP MP part of a bigger racket: cops
India, All India

She came to Delhi around 5 years ago to prepare for the Rajasthan Public Service Examination and later gave a preliminary exam of UPSC. 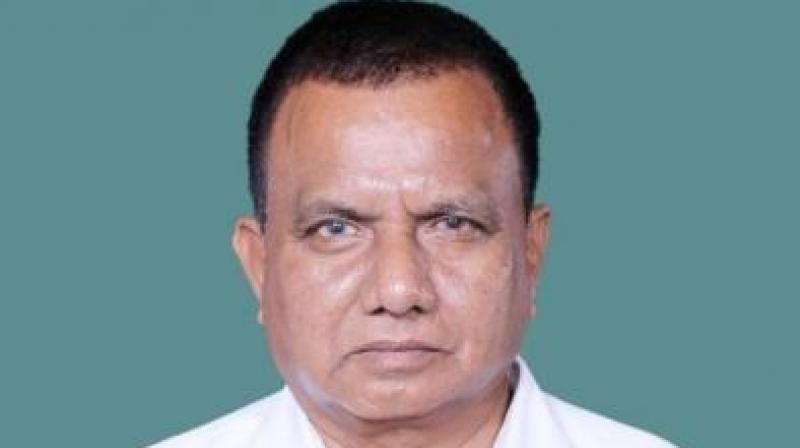 New Delhi: On the basis of the initial information emerging in the honey-trapping case of Bharatiya Janata Party (BJP) MP KC Patel, it has been revealed that the woman arrested in connection with this case is part of a bigger racket.

According to sources, the Delhi Police suspects that the woman has criminal records from Muzaffarnagar and knows Patel's daughter.

She came to Delhi around five years ago to prepare for the Rajasthan Public Service Examination and later gave a preliminary exam of the UPSC.

She further claims that she holds BA, MA (English) MA (Political Science) LLB and LLM degrees, however, the Police doubt the information provided by her and is likely to take her to Muzaffarnagar to verify her claims.

In the Gujarat MP case, the woman claims the leader met her in the Supreme Court. However, the MP has asserted that she called him around six months back.

Apart from this, CD, audio files have been seized from her house along with the CCTV footages.

The woman was arrested on Tuesday and was sent to a five-day judicial custody.

"The investigation is on and we have collected the evidence. The woman used to install CCTVs, keep the recordings and then used to blackmail by using these recordings for extortion. Earlier also, she complained about an MP in Tilak Nagar Police Station and filed a complaint of rape. Today, while appearing before the court, she completely changed her story. We will also try to find out the gang members involved with her. We will also investigate where they used to spend this extortion money. We will collect more evidence on it," Special Commissioner of Police Mukesh Kumar Meena, New Delhi Range told ANI.

Earlier on Monday, BJP MP Patel alleged that he was honey-trapped by a Supreme Court lawyer, who drugged him and shot a video of him in a compromising position.

The lawmaker from Gujarat alleged that he was accused of rape and the woman threatened to upload the video and photos online and was demanding Rs. 5 crore from him.

"I have full faith in justice and everything will become crystal clear. I am ready to cooperate fully with the police investigation," Patel told ANI.

Refuting Patel's claim, the victim said, "I never demanded anything from him. He is deliberately making such accusations to hide his misdeeds. He was neither drugged and even if he was drugged, how can he be in a state of mind to rape."

She also alleged that the police was hand in glove with Patel and deliberately did not register the case, despite her visiting the police station several times.

"On March 15th, I went to the police station to register the complaint, but they did not register. I was sitting idle in the station for several hours. On March 20, I went to the station again, but they refused to file my complaint. Later on 6.30 p.m., I got a threatening call from the MP while I was in the station. How can someone know about this? It proves someone is leaking this to him," she said.

The victim said that she has now filed a petition in the Patiala High Court seeking registration of the FIR against Patel. In the complaint, she also alleged that the Delhi Police failed to lodge an FIR against the MP.