Traditional medicines ignored even after 1947: Modi

The main roadblock in the wider acceptance of Ayurvedic medicines is the old-school, elaborate system of administering them, Modi said. 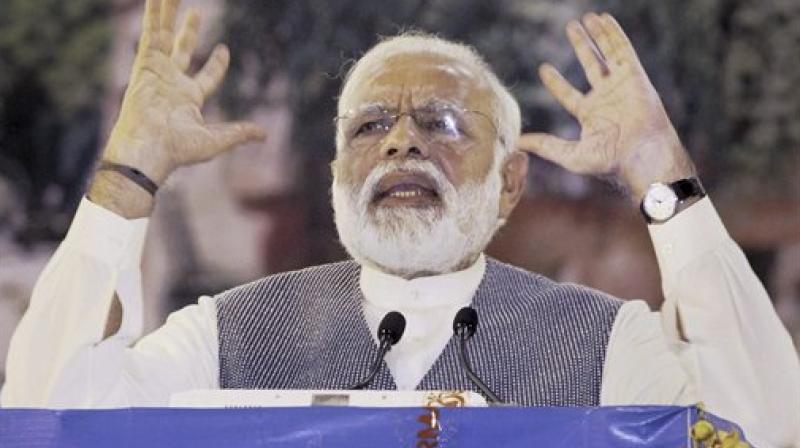 Haridwar: Prime Minister Narendra Modi on Wednesday rued that successive governments had sought to forget India's traditional medicinal systems instead of promoting them.

Little was done to promote the traditional systems of medicine and wellness disciplines such as yoga in the pre- and post-independence eras, Modi said after inaugurating a research institute at yoga guru Baba Ramdev's Patanjali Yogpeeth in Haridwar.

"In the pre-independence era the gems of our traditional systems of medicine and healthcare were deliberately kept under wraps because we were a slave country. But even in the post-independence era, unfortunately, there was an effort on the part of successive governments to forget the distinctive specialities of our traditional systems rather than promoting them," Modi said.

He said the new institute, designed to facilitate clinical trials and modern packaging of Ayurvedic medicines, was a big step forward towards "holistic" healthcare and would pave the way for a wider acceptance of India's traditional therapeutic systems.

With the hi-tech research institute equipped with a state-of-the-art laboratory, "a significant step" had been taken in that direction, Modi said.

He congratulated Ramdev for the research institute and for taking yoga "to every household across the world".

Modi also released an encyclopaedia compiled over ten years by Ramdev's aide, Acharya Balkrishna. Titled "World Herbal Encyclopaedia", it looks at of over 70000 herbal species found across the country.

Ramdev, who conferred the title of "Rashtra Rishi" on Modi for his "relentless efforts to build a clean, strong and united India", said in his address the country was bound to prosper under Modi's "illustrious leadership".

The Prime Minister said the honour had come as a surprise to him.

"My source of inspiration is the 125 crore people of this country. I don't believe in myself as much as in the strength of the blessings of 125 crore Indians," Modi said.

The Prime Minister arrived at Patanjali from Kedarnath, where he prayed at an 8th-century shrine dedicated to Lord Shiva.