India   All India  03 May 2017  Set high standards, make UP Assembly a role model: Yogi to MLAs
India, All India

238 newly elected MLAs were among the legislators who attended the training and orientation programme. 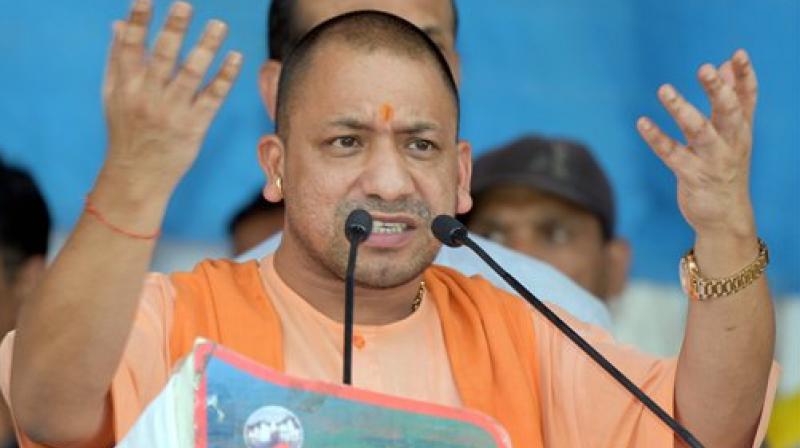 Yogi said the orientation programme had been organised so the people's representatives become a symbol of credibility. (Photo: PTI)

Lucknow: A crisis of credibility is haunting public representatives because of corruption charges and absenteeism, Uttar Pradesh Chief Minister Yogi Adityanath said on Wednesday as he asked the state's legislators to set high standards.

Addressing newly elected MLAs of UP at an orientation programme at the Vidhan Bhawan complex in Lucknow, he said if there is any one institution in parliamentary democracy that is answerable and accountable to the people, it is the legislature.

He said even people who retire from the judiciary, armed forces or bureaucracy become MLAs or MPs.

Yet, fingers are pointed at only MPs and MLAs as they are held accountable.

"A crisis of credibility which is haunting us can be attributed to our absence from the House and allegations of corruption levelled against public representatives. The bad deeds of an individual brings bad name to the entire system," the chief minister said.

He said the orientation programme had been organised so the people's representatives become a symbol of credibility.

It is my earnest desire that the UP Legislative Assembly becomes a model for all legislative assemblies in the country, he said.

Sharing his experience as Gorakhpur MP, Adityanath said, "Instead of shouting and creating ruckus in the Assembly, it is better that the point is conveyed properly and effectively.

It has the power to find solutions to many problems."

He said the Assembly must meet for at least 90 days in a year.

Adityanath said that the House functioning for 90 days would also mean that all tehsil offices or police stations too would function better as the respective MLAs would raise in the Assembly if there is any issue.

He told the legislators that every word spoken by them should be a source of inspiration for the future generations.

"The words spoken by you will become a property of the Vidhan Sabha. Your words and behaviour will determine your 'krititva' (deeds) in future," he said.

Addressing the MLAs, UP Governor Ram Naik said the Legislative Assembly has three important components -- the speaker, members and ministers of ruling party and members of the opposition.

"To maintain the sanctity of the House, the government (ruling party) should present a development programme, while the opposition should give its suggestions. The Assembly speaker should ensure that the House functions smoothly," Naik said.

238 newly elected MLAs were among the legislators who attended the training and orientation programme.

During the two-day programme, the MLAs will be informed about legislative procedures by veteran parliamentarians, senior legislators and also speakers of other state assemblies, Principal Secretary of Vidhan Sabha Pradeep Dubey said.