India   All India  03 Apr 2020  Odisha names Covid-19 patient after he ignores calls to come for quarantine
India, All India 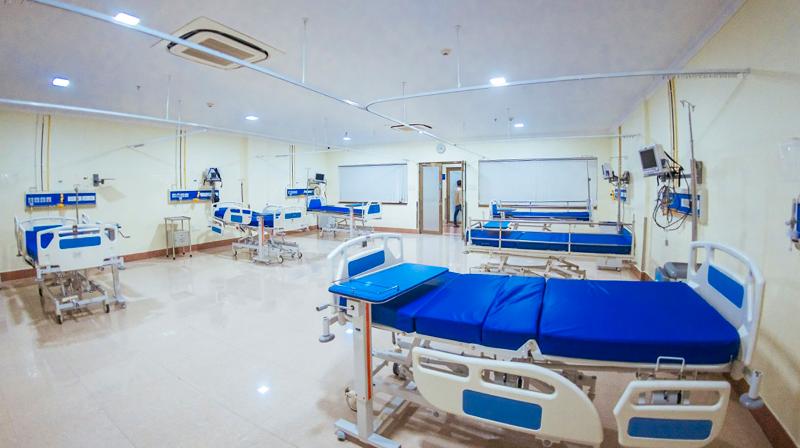 Twitter image posted by the Odisha chief minister's office of a quarantine facility set up near KIMS in Bhubaneswar. (Twitter)

Bhubaneswar: Odisha on Friday announced a 48-hour total lockdown – from Friday 9 pm to Sunday 9 pm – in the state capital Bhubaneswar, Cuttack and Bhadrak after a case of community transmission of the coronavirus Covid-19 was reported late Wednesday evening.

Today the state reported its sixth Covid-19 positive case, taking the total number to six. The latest positive case was reported from Cuttack. Although his name was not revealed, sources said he had attended the Tablighi Jamaat's international congregation in Old Delhi last month.

Yesterday, the authorities named a Covid-19 patient detected in Suryanagar, Bhubaneswar after he ignored 49 calls by health personnel to come forward to be quarantined.

“We are revealing the name of the name of the fifth Covid-19 positive person. We had to decide between privacy of the patient and public interest, and finally we decided that revealing his name would make his neighbours aware of him,” said Prem Chandra Choudhury, commissioner of the Bhubaneswar Municipal Corporation (BMC).

At least 21 contacts, including family members, of Dalabehera, were identified by Thursday evening. There are likely to be several more, said Choudhury.

State Covid-19 chief spokesperson Subrato Bagchi said that despite repeated appeals to people to inform the designated healthcare authorities if they have Covid-19 symptoms, many were keeping mum apprehending social stigma.

“In some cases, the government surveillance teams and agencies, after identifying such persons, are asking them to get admitted in Covid-19 healthcare facilities. In the fifth Covid-19 positive case, the patient ignored 49 calls made by the state health department,” said Bagchi.

Announcing the lockdown, the state’s chief secretary Asit Tripathy said the decision was taken after it was found that the fifth Covid-19 patient hailing from Suryanagar, Bhubaneswar, did not have any travel history and therefore could be an indication of community transmission of the disease.

Director general of police (DGP) Abhaya said all establishments, barring a few medicine stores, will remain closed during the total lockdown. Only ambulance services will be allowed.

Even groceries and vegetable counters will remain completely shut.

Of the six positive cases detected so far, two have been fully cured and discharged from hospitals.

Chief minister Naveen Patnaik has appealed to landlords to be compassionate to the poor and waive or at least defer house rent by three months. Through such a gesture it can be demonstrated that the

people of Odisha care for each other at a time when the entire country is under a lockdown, the chief minister said.

“It is time for everyone to be there for each other as the entire country is under lockdown and fighting an unprecedented pandemic of #COVID-19. Appeal house owners to be compassionate to poor & waive off or at least defer the rent by 3 months. Lets show the world that OdishaCares," Patnaik tweeted.