This comes after the Pakistani troops earlier in the day violated ceasefire along the Line of Control. 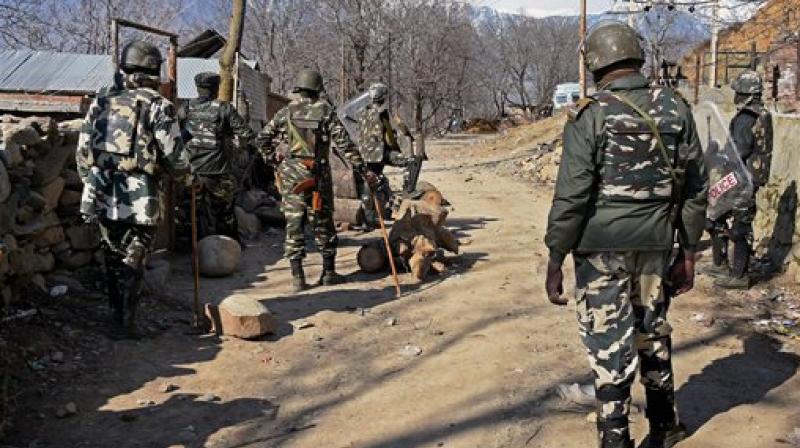 Srinagar: As many as six Central Reserve Police Force (CRPF) personnel were on Monday injured after some unknown gunmen opened fire at their convoy in Pantha Chowk in Jammu and Kashmir's Srinagar.

"Our companies were going from Jammu to Srinagar. We were fired upon by terrorists. Six personnel are injured and are taken to the hospital. It's a sensitive time. The separatists have called for boycott of elections. We are on high alert. The CRPF is doing its duty," Bhavesh Chaudhary, PRO, CRPF told ANI.

This comes after the Pakistani troops earlier in the day violated ceasefire along the Line of Control (LoC) in Poonch district of Jammu and Kashmir, prompting the Army to retaliate.

The Pakistani Army initiated indiscriminate firing of small arms, automatics and mortars at 9:30 a.m. on the Indian Army posts.

The Indian Army posts are retaliating strongly and effectively and the firing is presently on.

No casualties have been reported so far in the incident. This is the second ceasefire violation in less than 24 hours.

A civilian was injured when Pakistan violated ceasefire along the LoC on Sunday.

This comes after India had on March 9 summoned the Deputy High Commissioner of Pakistan and expressed deep concern over continued ceasefire violations in Jammu and Kashmir.