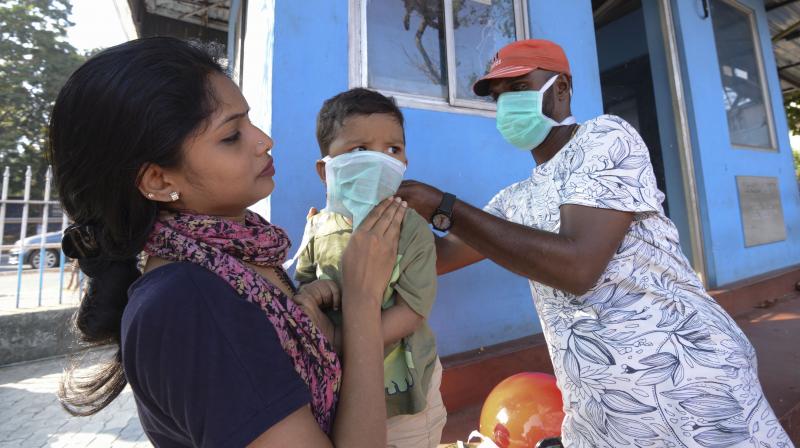 Hospital staff have been alert to the coronavirus after three positive cases were reported from Kerala.

Kochi: A man who was under watch for coronavirus in the isolation ward of the Ernakulam Government Medical College fled the hospital yesterday.

The 25-year-old man had arrived at the Kochi International Airport from Thailand early yesterday morning and was shifted to the isolation ward as he had symptoms of the virus.

However, the man ran away from the ward without the knowledge of the nurses in the isolation ward. The nurses usually sit outside the ward but they didn’t notice the man leave.

The hospital authorities informed the matter to the district medical officer (DMO) who sought the support of the district collector in tracing him. “Since he was having coronavirus symptoms, his interaction with people is a possible health hazard,” said the DMO. The matter was informed to the collector, the Kochi police commissioner and the superintendent of police of Aluva.

Later, the authorities traced him to Muppathadam near Kochi, and ordered him to comply with the quarantine guidelines. He returned to hospital by late evening.

During his furlough, the man stayed at home and didn’t move out, which was a big relief for the health authorities.

His swab samples have been sent to National Institute of Virology, Alappuzha.