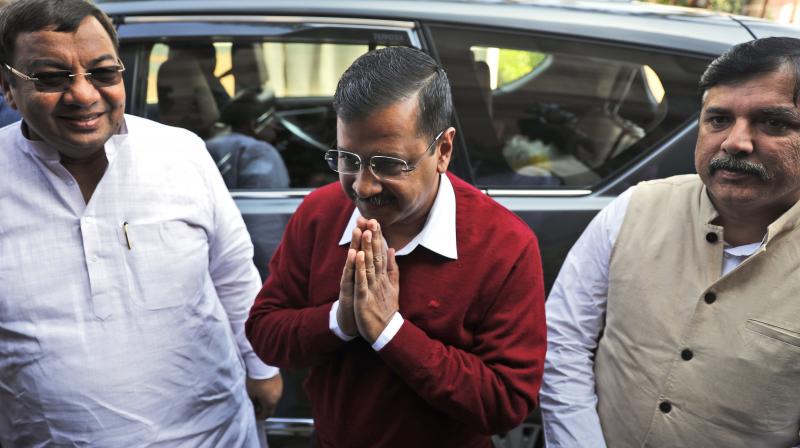 It was their first meeting after the Aam Aadmi Party (AAP) returned to power in the national capital for a third consecutive term.

The meeting, at the Prime Minister's Office in Parliament, lasted half an hour.

Emerging from the meeting, Kejriwal told reporters the Delhi Police could have prevented loss of lives in the riots had they remained active and vigilant.

However, Kejriwal added "the Delhi Police acted promptly to check rumours in the last few days... I appreciated them."

He said, "The prime minister also agreed that such violent incidents should not be repeated in Delhi."

Responding to a question on hate speeches by BJP leaders, Kejriwal said they did not discuss them specifically.

The chief minister also requested Modi to take stern action against those involved in the violence, "no matter how influential he or she is".