The ED’s Special Public Prosecutors D.P. Singh told the court that Vadra has not cooperating in the matter although he has joined the investigation. 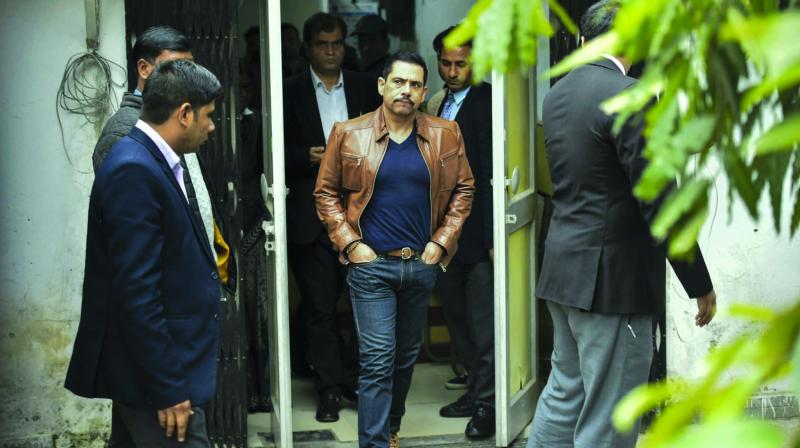 Robert Vadra leaves after appearing before the ED for questioning in a money-laundering case in New Delhi. (Photo: PTI/File)

New Delhi: Robert Vadra’s interim bail was Saturday extended till March 19 in a money laundering case by a Delhi court, which asked him to join the probe whenever asked to after the Enforcement Directorate (ED) said that he was not cooperating in the matter and it needed to question him further.

Special judge Arvind Kumar granted the relief to Vadra, the brother-in-law of Congress president Rahul Gandhi, and said the interim orders of protection from arrest will continue till the next date of hearing.

The court also extended the protection from arrest granted to his close aide and co-accused in the case, Manoj Arora, till the next date of hearing i.E. March 19 and directed him to join investigation.

The ED’s Special Public Prosecutors D.P. Singh told the court that Vadra has not cooperating in the matter although he has joined the investigation.

The agency submitted that further interrogation of the accused was needed and sought 15-16 days time so that the entire questioning could be completed.

Senior advocate K.T.S. Tulsi, appearing for the businessman, however, denied the charge and said Vadra has already joined the investigation and cooperated during investigation.