Shukla, known for his forthrightness and skill in crisis management, was appointed DGP of MP in 2016. 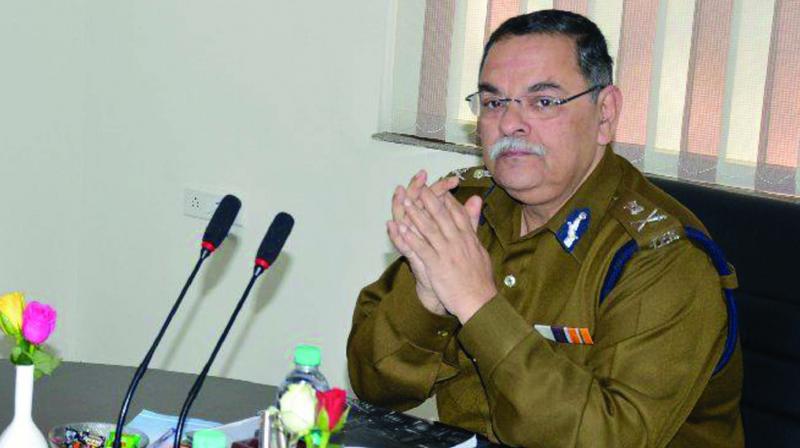 New Delhi/Bhopal: The government on Saturday appointed Rishi Kumar Shukla, a 1983-batch IPS officer of Madhya Pradesh cadre, as the director of Central Bureau of Investigation (CBI). Mr Shukla will succeed Alok Kumar Verma who was removed as the CBI chief on January 10 along with his deputy, special director Rakesh Asthana.

The decision to appoint Mr Shukla as the CBI chief was taken by the three-member committee chaired by Prime Minister Narendra Modi. It included Opposition leader in Lok Sabha Mallikarjun Kharge and Chief Justice of India Ranjan Gogoi. The committee held two meetings, first one on January 24 and another one on Friday, to discuss several senior IPS officers who had been short-listed for the post of CBI director. Mr Shukla, his colleagues say, has been a non-controversial officer all through his career in police service. The country’s premiere investigating agency has been in the news for the last few months following the removal of both Mr Verma and Mr Asthana. Both the officers had subsequently approached the court challenging their removal. While the Supreme Court had reinstated Mr Verma as the CBI chief, within two days of the order, the panel headed by PM transferred him to the fire department.

The news of his appointment as CBI chief was a pleasant surprise for Mr Shukla who had been shunted out of the post of director general of police (DGP) of Madhya Pradesh and appointed chairman of the State Police Housing Corporation by the Congress government barely 48 hours ago.

Mr Shukla, who was posted to the housing corporation on January 31, received the news on Tusday afternoon while he was touring Pachmarhi. “I am happy with my new assignment. I will try to give my best”, he told journalists.

Mr Shukla, known for his forthrightness and skill in crisis management, was appointed DGP of MP in 2016.

After the farmer agitation in 2017 turned violent, leading to the death of six farmers in police firing, Mr Shukla handled the stir in 2018 with a firm hand, ensuring a violence-free agitation.

“He has a prompt solution to any crisis situation. His colleagues approach him without any hesitation for a solution whenever they face a crisis situation. He never interferes in the work of his juniors,” a senior IPS officer of ADG rank told this newspaper.

The only time Mr Shukla appeared disturbed was when MP hit headlines owing to the growing incidents of rape when he was DGP. “Ghar ghar mein Ravan baitha, itne Ram kahan se laun”, he reacted while quoting a hymn in Hindi.

Mr Shukla began his career began as superintendent of police, Raipur, in what was undivided MP then. He has also worked with the Intelligence Bureau (IB). Mr Shukla is due to retire in August 2020.

In a much-criticised late-night order on October 23, 2018, which was set aside by the Supreme Court, the Centre had sent both the top CBI officials — Mr Verma and Mr Asthana — on leave in wake of a continuous feud between them with both levelling serious allegations against the other.

Following their removal, the temporary charge of CBI chief was given to M. Nageswar Rao. The post of CBI chief had thus been lying vacant since January 10. The CBI director has a fixed tenure of two years irrespective of the date of retirement.