India   All India  03 Feb 2019  7 killed as 9 coaches of Seemanchal Express derail in Bihar
India, All India

7 killed as 9 coaches of Seemanchal Express derail in Bihar

Seven passengers died and 24 others were injured early Sunday when nine bogies of the Delhi-bound Seemanchal Express jumped the tracks. 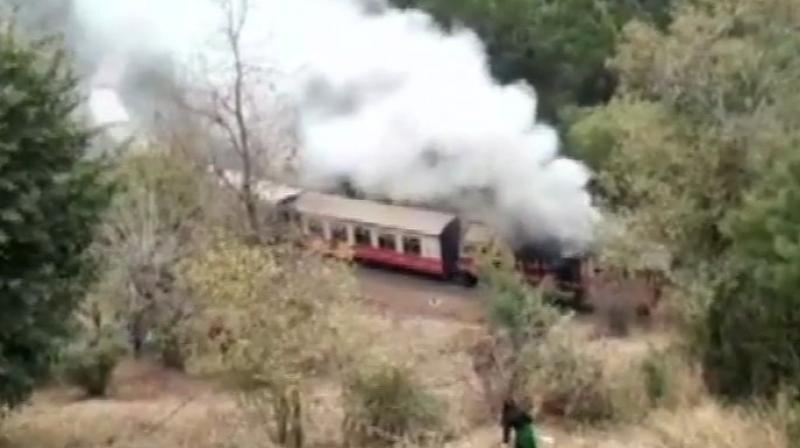 Sonpur: At least seven passengers died and 24 others were injured early Sunday when nine bogies of the Delhi-bound Seemanchal Express jumped the tracks in Bihar's Vaishali district, railway and police officials said.

One general coach, one AC coach B3, three sleeper coaches -S8, S9, S10 and four more coaches have derailed, he said. "So far, we have reports of six deaths, though the identity of the deceased was yet to be confirmed. Rescue operations are in full swing and an accident relief train has been sent to the site of the mishap. A team of the NDRF has also reached the spot," he said.

24 persons have been injured in the accident, Superintendent of Police Manavjit Singh Dhillon The injured were rushed to a hospital here, where the doctors referred the seriously wounded to Muzaffarpur and Patna.

Teams of doctors have also rushed from Sonepur and Barauni to the accident site, Kumar said.

"As of now, it is not clear whether the derailment of the 12487 Jogbani-Anand Vihar Seemanchal Express was caused by a human error or a technical fault. This would be investigated once the rescue operations were complete and the affected Barauni-Bachhwara-Hajipur single line was cleared," he added.

Local residents were aiding rescue teams in carrying out operations, they added. Bihar Chief Minister Nitish Kumar, who expressed deep condolences over the deaths, said, "The district magistrate and the superintendent of police have rushed to the spot and are overseeing the relief work in coordination with the Railways."