Mother, father, uncle of Ankit's lover have been arrested. The girl's underage brother, who too was involved in murder, has been detained. 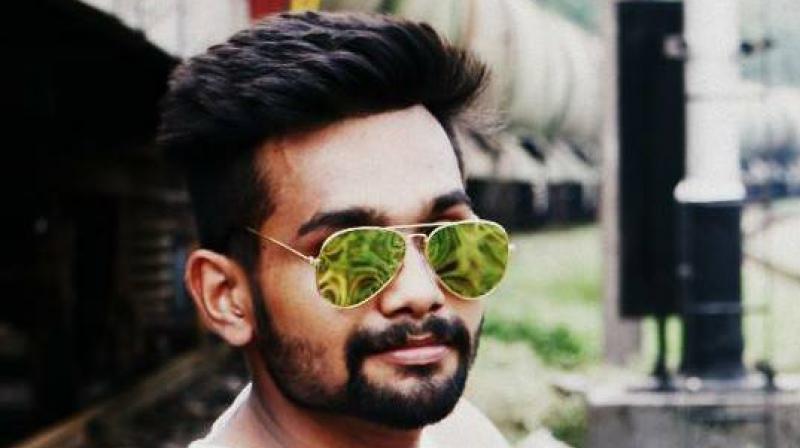 23-year-old photographer, Ankit Saxena, was killed by the family of his Muslim girlfriend on Thursday evening. (Photo: Facebook| Ankit Saxena)

New Delhi: More police have been deployed in west Delhi's Khyala area in order to avoid any untoward incident or communal clashes, where 23-year-old photographer, Ankit Saxena, was killed by the family of his Muslim girlfriend.

Ankit was attacked on a street near his home on Thursday night and his throat was slashed, the police said.

The mother, father and uncle of Ankit's girlfriend Shehzadi have been arrested. Police have also detained her underage brother, who too was allegedly involved in the murder.

Ankit was dating 20-year-old Shehzadi, a second-year college student, for the past three years. The police said her family was opposed to the relationship because Ankit was a Hindu.

At around 9 pm on Thursday, he was attacked and stabbed with a knife. The road was full of blood where he collapsed.

Ankit's mother reportedly ran out of her home when she was told that he had been attacked and saw her son lay bleeding on a busy road.

Saxena’s mother, Kamlesh, said she did not expect the bystanders to fight for her son, but she refused to forgive the apathy of the onlookers even after her son’s throat was slashed.

“There were dozens of people watching my son get beaten up, but none of them dared to save him. My son was a body builder himself, but he was helpless when the killers caught and killed him. The sight of the woman’s father wielding a big kukri knife must have scared others,” a Hindustan Times report quoted Kamlesh as saying.

“My husband and I kept begging people to arrange a vehicle to rush my son to a hospital, but no one helped. E-rickshaw and auto drivers would stop, take a look and leave,” Kamlesh said.

“Blood was spilling out of my son’s neck and mouth and I tried to stop it with my hands... He died in my lap,” she said. “When an e-rickshaw driver finally agreed to help, my husband and I loaded my son onto the vehicle,” she said. By the time they arrived at the Guru Gobind Singh Hospital nearby, Saxena had already died.

Police said the as the victim’s family tried to stop their son, Ankit's murder, they were beaten up by the woman’s family.

Vijay Kumar, DCP (west), said the police got to know of the crime after Saxena’s body was brought to the hospital.

"During the investigation, we found that they caught and stabbed Ankit in the neck. The woman's family was against their relationship as they belonged to different communities and had warned Ankit against associating with her," the senior police officer said.

Meanwhile, talking to the media, Shehzadi said they planned to get married soon. "I was going to meet him and then someone told me he had been stabbed with a knife. We were going to marry. He called me and told me he wanted to marry me, so we were meeting," she said.

Shehzadi and Ankit began dating when they were neighbours a few years ago. They continued the relationship even after her family moved away.

According to an investigator in the case, the trigger for Ankit's murder was an allegedly an argument between Shehzadi and her parents the previous night. “She had angrily walked out of her home after telling her parents that she would marry Saxena. Her parents feared she would elope with Saxena and were looking out for him. When they finally found him outside his home on Thursday evening, they beat him up before finally killing him,” the investigator said.

Ankit's mother contradicted the police’s version that her son was in a relationship with Shehzadi, but said she did not believe that the trigger for the murder was the fact that they belonged to different communities.

“The woman’s family would look at all neighbourhood youths with suspicion. Three years ago, her parents suspected another youth, Azhar, of eyeing her and thrashed him at his home,” she said.