India   All India  03 Feb 2017  Bill in LS to make holding, transfer and receiving of scrapped notes punishable
India, All India

Bill in LS to make holding, transfer and receiving of scrapped notes punishable

The Specified Bank Notes (Cessation of Liabilities) Bill was introduced by Arun Jaitley amid stiff opposition by Trinamool Congress. 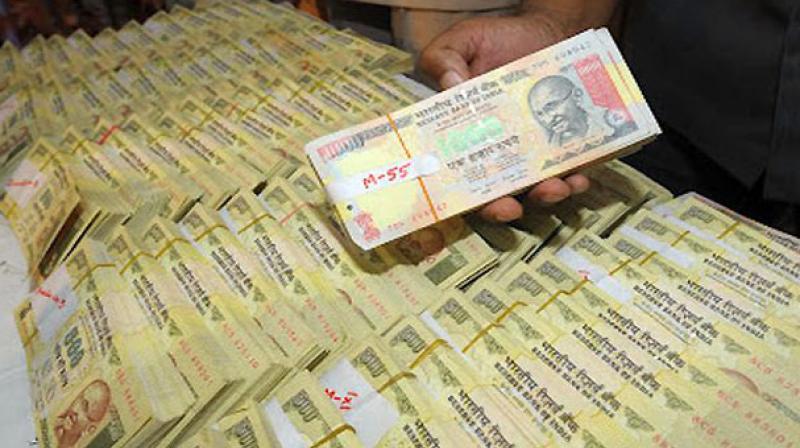 New Delhi: Government today introduced in Lok Sabha a bill that provides for holding, transfer and receiving of old Rs 500 and Rs 1000 currency notes a criminal offence, punishable with a minimum fine of Rs 10,000.

The Specified Bank Notes (Cessation of Liabilities) Bill, which seeks to end the liability of RBI and the government on the currency notes demonetised in November last, was introduced by Finance Minister Arun Jaitley amid stiff opposition by Trinamool Congress, which called it "illegal" and "anti-national".

Once passed by Parliament, the bill will replace an ordinance promulgated on December 30 last which provides for a fine of Rs 10,000 or five times the cash held, whichever is higher, on holding of more than 10 banned 1,000 and 500 Rupee notes.

The bill states that the government took the demonetisation decision on the recommendations of the RBI's central board to eliminate unaccounted money and fake currency notes from the financial system.

Apart from aiming at ceasing the liability on old notes, the bill also provides that an Indian citizen, who was outside the country between November 9 and December 30, will be entitled to tender the demonetised noted within the grace period under rules provided by the RBI. It also prohibits the holding, transferring or receiving of these notes from December 31, 2016.

The ordinance provided for amending the Reserve Bank of India (RBI) Act, 1934 to provide legislative support for extinguishing the central bank and government's liability on the demonetised banknotes that are not returned.

"The main objectives of the ordinance are to provide clarity and finality to the liability of the RBI and the Government of India for the specified bank notes (of 1,000 and 500); to provide an opportunity to those persons who were unable to deposit the SBNs within the time provided; and to declare holding, transferring or receiving SBNs as illegal, with provisions for penalty for contravention of any of the provisions of the Ordinance," it said.

Those keeping the junked notes for "study, research or numismatics" purposes would be exempt from penalty provided they hold not more than 25 number of such notes irrespective of the denomination.

Introduction of the bill was opposed by Trinamool Congress leader Saugata Roy, triggering a banter between him and Jaitley who questioned the ground on which Roy was opposing the move.

Roy then took a jibe at Jaitley, saying the minister was not aware of the Lok Sabha rules as he was never its member. Jaitley is a member of the Rajya Sabha.

The jibe evoked strong objections from the treasury benches with Parliamentary Affairs Minister Ananth Kumar saying the Finance Minister is an esteemed member of the Cabinet and adjudged outstanding Parliamentarian. Allowed by Speaker Sumitra Mahajan to express his objection, Roy said the bill is "illegal" as the demonetisation statement made by Prime Minister Narendra Modi was without any notification and it should have come from the RBI as it is the central bank which promises to pay the bearer of a currency note its real value.

"It is outside the minister's legislative competence. It (bill) is anti-national... Having never been a member of this House, he does not understand its rules," he said.

Jaitley said Roy was "incorrect" in several aspects and cited the law under which the demonetisation notification was introduced to asset that the due process was followed.

He then took a counter dig at Roy, saying "It will add to his parliamentary experience as now he is getting to learn." The issue of demonetisation had virtually washed out the Winter session.