Russian PM coming next week, set to be at 'Vibrant Gujarat' 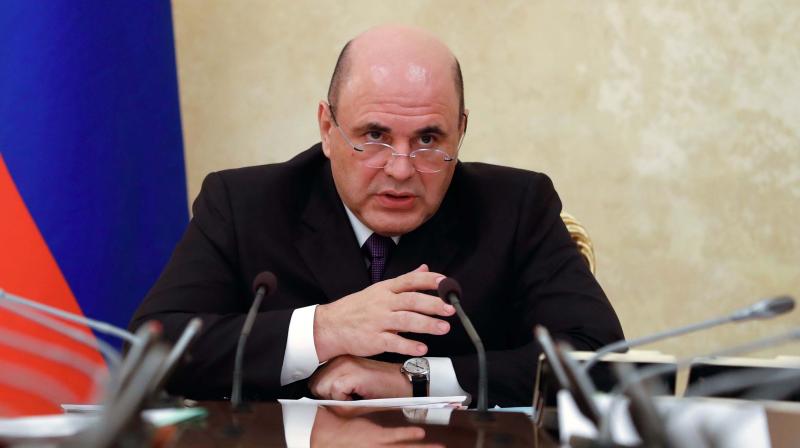 New Delhi: Russian Prime Minister Mikhail Mishustin’s planned visit to India next week at the head of a large Russian delegation that will include several governors from the Russian Far East provinces is expected to provide a further impetus to the time-tested ties between Moscow and New Delhi.

The Russian PM’s visit for the coming Vibrant Gujarat Global Summit (VGGS) from January 10 to 12 in Gandhinagar -- that is expected to be inaugurated by Prime Minister Narendra Modi -- will come about a month after Russian President Vladimir Putin’s brief but successful visit to New Delhi on December 6 for the annual bilateral summit that took place between the both countries.

India is expected to further step up its economic engagement with the Russian Far East region and the Gujarat summit is expected to play a crucial role towards that. Discussions on enhancing trade, connectivity and energy cooperation in the form of importing crude oil and petrochemicals between the two countries has been going on. Economic cooperation in the Russian Far East has also been discussed along with connectivity projects like the Chennai-Vladivostok maritime corridor.

During President Putin’s visit to Delhi last month, both nations had decided to strengthen the Special and Privileged Strategic Partnership and had signed 28 pacts in defence, trade, energy, culture, space and other fields. The crucial S-400 missile supplies from Russia to India have already begun. Four defence pacts had been inked between India and Russia, including one for manufacture of over six lakh AK-203 assault rifles at Amethi, UP, and an agreement on programme for military technical cooperation from 2021-2031.

New Delhi is hoping that the worldwide Omicron scare does not cast a shadow on physical participation at the Gandhinagar meet, which may also see the participation of some more heads of government as well despite the Omicron scare. It also remains to be seen whether the Omicron scare will cast a shadow on the Republic Day celebrations later this month in New Delhi. India has already invited the heads of five Central Asian republics -- Kazakhstan, Uzbekistan, Kyrgyz Republic, Tajikistan and Turkmenistan -- to be the chief guests at the Republic Day parade but New Delhi has so far not officially confirmed their participation.