He also said that authenticity has to be ensured through the medium of various agencies. 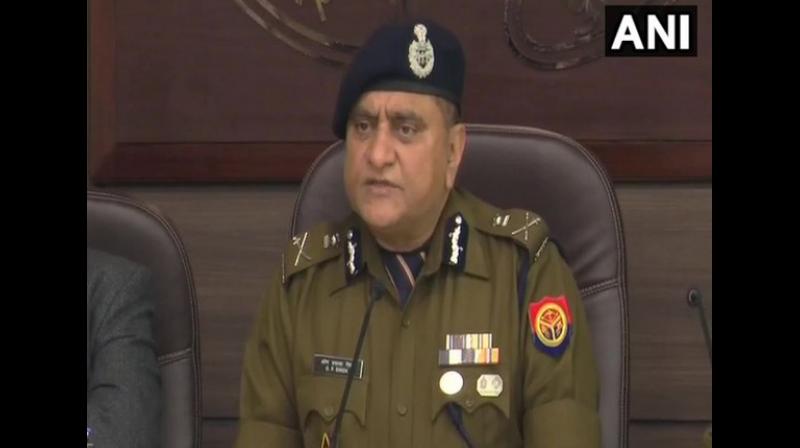 'We are looking into this whole matter, but this is an unauthorized communication by SSP, its violation of service rules. IG Meerut is looking into it,' said Singh. (Photo: ANI)

Lucknow: Uttar Pradesh Director General of Police (DGP) OP Singh on Friday said that the police is looking into the reports of Senior Superintendent (SSP) Gautambudhnagar's alleged letter over transfer racket and it can be an 'unauthorised communication'.

"We are looking into this whole matter, but this is an unauthorized communication by SSP, its violation of service rules. IG Meerut is looking into it," said Singh.

He also said that authenticity has to be ensured through the medium of various agencies.

"We have to ensure authenticity through the medium of various agencies. As soon as the investigation process will be finished, action will be taken," he added.

Earlier on Wednesday, SSP Vaibhav Krishna had said that the viral video on social media having his picture and a woman's voice in the background is 'morphed' and is part of 'conspiracy' by the criminal elements to malign his personal image.

He said that in the last one year, he has taken strict action against the organised crime and extortion racketeer's in the district, and they are now hatching conspiracies to settle their score.

"I myself have studied the video that is viral on social media. It appears that it is a conspiracy by criminal elements to damage my personal image," said Vaibhav Krishna.

He said that the video went viral on WhatsApp and "voice of a woman is played in the background while his photograph is seen in the video".