PM Modi asserted that strong research ecosystem must be developed in these universities and colleges. 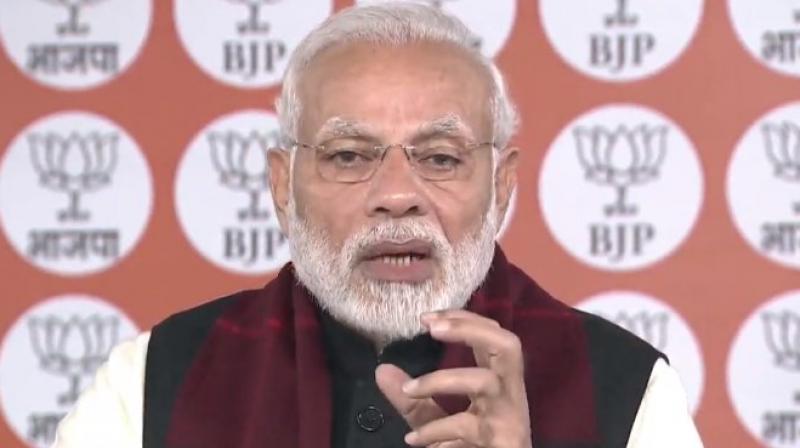 However, over 95 per cent of the country's students go to state universities and colleges, he said.

A strong research ecosystem must be developed in these universities and colleges, he asserted. "I call upon the Prime Minister's Science, Technology and Innovation Council to discuss these issues in detail and formulate an action plan in consultation with the Ministry of Human Resource Development to boost research in our colleges and state universities," he said.

PM Modi added that his science and technology council will also help formulate appropriate interventions, catalyse collaborations across stakeholder ministries and implement multi-stakeholder policy initiatives.  He said it was important to focus on innovation and start-ups.

More technology business incubators have been established in the last four years than in the forty years before that, he added.  "Today's new slogan is Jai Jawan, Jai Kisan, Jai Vigyan and Jai Anusandhan. I would like to add Jai Anusandhan to it," he said.

PM Modi said India's ancient knowledge has been based only on research and Indians have enlightened the world through their contribution in mathematics, science, culture, arts.

"Time has come for India to regain the same place in the world. This is possible when three biggest economies work as one and give direction to the world through our research and innovation," he said.

He also urged the scientists to work towards ease of living for the people.

The prime minister also emphasised on the need for research, which is a fusion of arts and humanities, social science, science and technology.

Noting that the future is about convergence and connected technologies, PM Modi emphasised on the need for strong pathways to commercialisation that can leverage on country's research and development achievements, through industrial products.

The prime minister said 2018 was a good year for Indian science as he highlighted its achievements which included production of aviation grade biofuel, Divya Nayan -- a machine for visually impaired, inexpensive devices for diagnosis of cervical cancer, TB, dengue and a real-time landslide warning system.

He said the life and works of Indian scientists are a compelling testament of integration of deep fundamental insights with technology development and nation building.