Dawn-to-dusk hartal has been called by Hindu outfits in Kerala today after 2 women in their 40s entered Sabarimala yesterday. 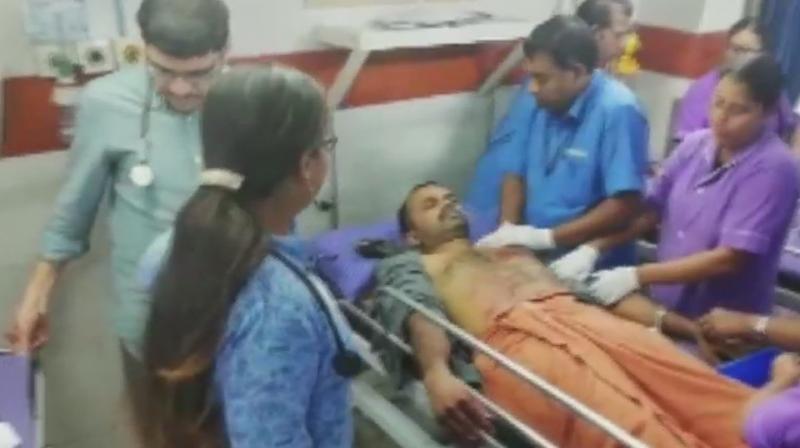 Thiruvananthapuram: A day after two women of menstrual age entered the Sabarimala temple, a dawn-to-dusk hartal has been called by Hindu outfits.

The hartal, which began at 6 am, has been called by Sabarimala Karma Samithi, an umbrella organisation of various pro-Hindutva groups, and Antarrashtriya Hindu Parishad (AHP). The BJP is supporting the shutdown while the Congress-led UDF is observing a "black day" on Thursday.

Two women from Kerala, Bindu (42) and Kanakadurga (44) entered the temple premises and offered prayers around 3:45 am on Wednesday. As the news spread, protests broke out across the state with right-wing activists blocking highways and forcing the closure of shops and markets.

A group of women jumped a barricade and came close to the CM’s office in the state capital, but were overpowered. Many government buses and vehicles were damaged and mediapersons were also attacked.

Here are the LIVE updates of dawn-to-dusk shutdown in Kerala today: 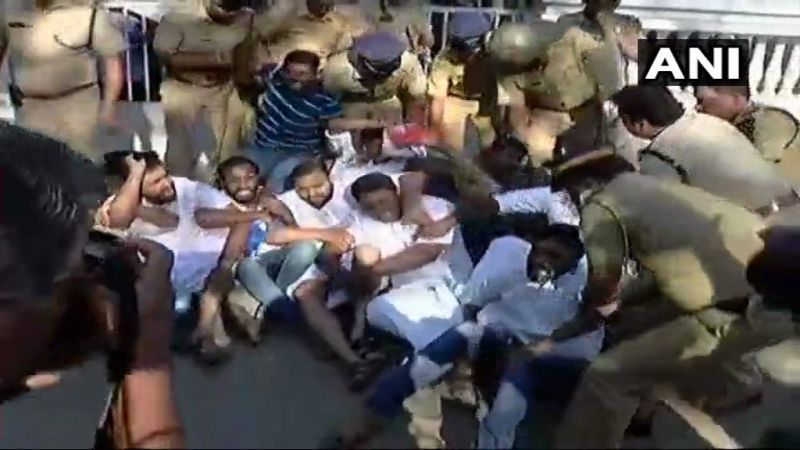 03:14 pm: All India Democratic Women's Association expresses strong objection to the purification rituals carried out by the priests after two women of menstruating age visited the Sabarimala temple, calling it "demeaning" as it projects women as "impure" and "unclean".

02:13 pm: 60 workers of Hindu Makkal Katchi activists arrested for trying to stage a 'rail-roko' in Coimbatore. 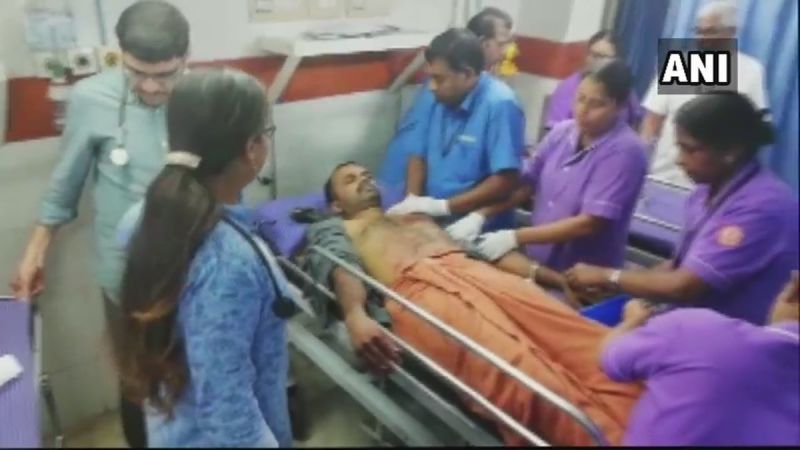 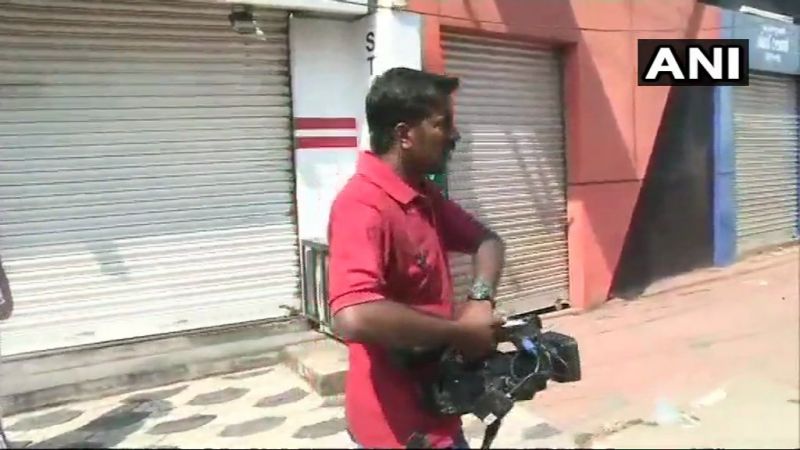 12:13 pm: Some Youth Congress workers were injured when they were hit by the pilot vehicle of the chief minister's convoy while they attempted to show black flags to Vijayan.

12:01 pm: Congress MP K Suresh says, “We are observing 'black day' in Kerala today. The state government is challenging the sentiments of devotees of Sabarimala. With the sponsor of state government, these two young women entered the temple. They are activists, they are Maoists.”

11:45 am: Sabarimala Karma Samiti and BJP workers hold a protest march in Pandalam over the issue of entry of women in Sabarimala Temple. 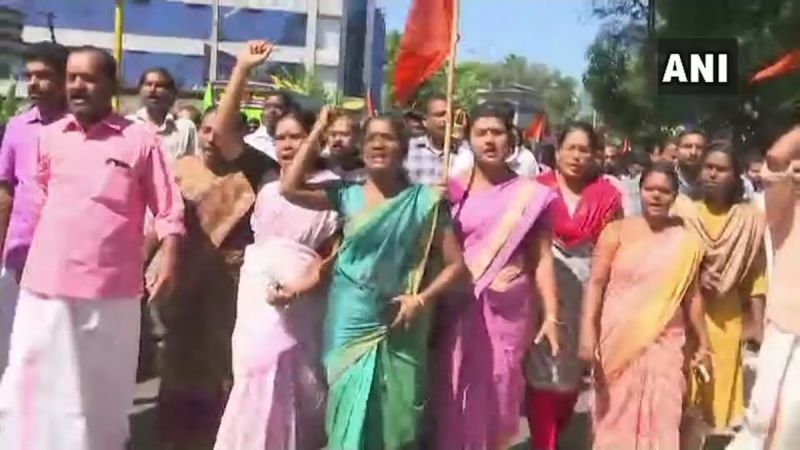 11:31 am: Kerala Chief Minister Pinarayi Vijayan says, "Kanakadurga and Bindu were given protection after they sought security to visit the shrine. They were not airdropped. They visited shrine like normal devotees. None of the devotees protested."

11:28 am: Kerala Chief Minister Pinarayi Vijayan informs that during protests 7 police vehicles and 79 KSRTC buses have been damaged. 39 police personnel have also been attacked. Most of the persons attacked were women. Women media persons were also attacked, he added.

11:25 am: Kerala CM Pinarayi Vijayan says, “It's the government's responsibility to give protection to women. The government has fulfilled this constitutional responsibility. Sangh Parivar is trying to make Sabarimala into a clash zone.”

11:18 am: P G S Varma, member of royal Pandalam family says, “Kerala government is taking measures every day to send someone there to disturb its rituals. It's festival time when per day 1 to 2 lakh people used to come to temple but due to government action, it has reduced to 10,000 to 15,000.

11:07 am: Supreme Court refuses to give an urgent hearing to a mentioning by lawyer, P V Dinesh, seeking initiation of contempt proceedings against the Sabarimala Temple priest for purification of temple premises after entry of two women on Wednesday. SC fixes the matter for hearing on January 22.

11:05 am: Two people have been arrested and two detained for attacking a Special Branch Women Police personnel on duty in rural area of Ernakulam district last night.

10:52 am: BJP holds a protest march in Kochi against the entry of women in Sabarimala Temple. 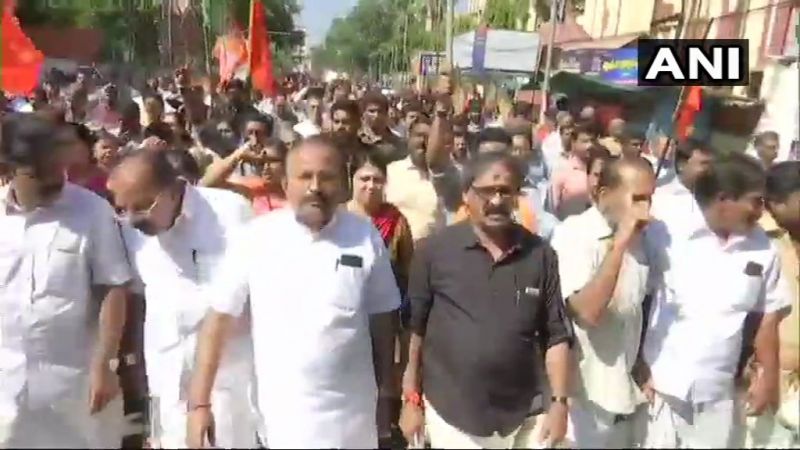 10:23 am: BJP’s V Muraleedharan, said, “Yesterday (Wednesday) 2 women entered Sabarimala Temple. They weren't devotees. They were Maoists. CPM with selected policemen prepared an action plan and then saw to it that the women go inside the temple. This is a planned conspiracy by Maoists in league with Kerala government and CPM.” 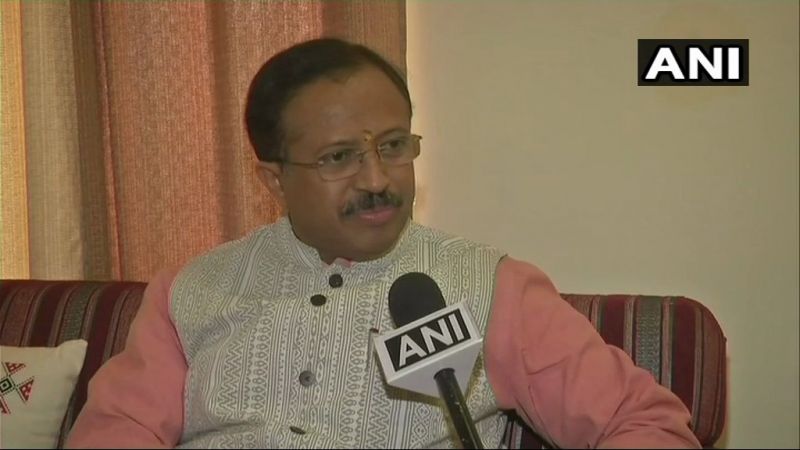 10:12 am: Two people have been detained by police in connection with yesterday's violence and stone pelting incident in Pandalam over two women's entry in Sabarimala temple.

10:05 am: Ambulances being used to help stranded passengers at Thiruvananthapuram Central as bus services are affected in the area due to hartal called by various organisations. 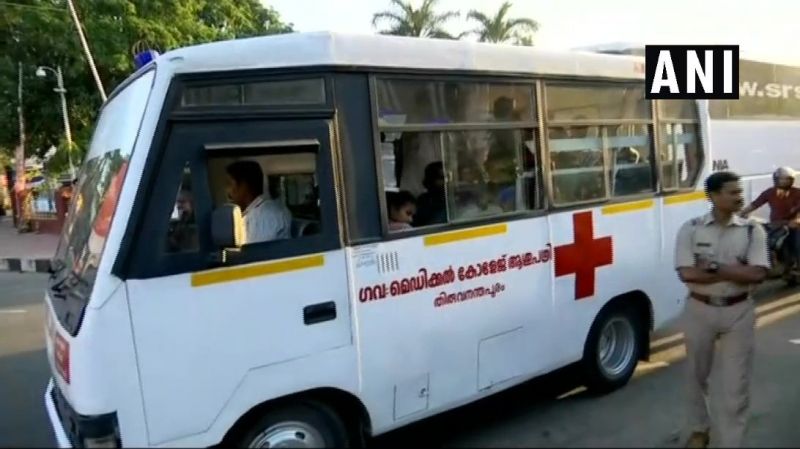 09:57 am: On protests over Sabarimala women entry issue, BJP Kerala president P S Sreedharan Pillai said, “We will carry on with our agitation in a peaceful manner and abide by the law of the land.” 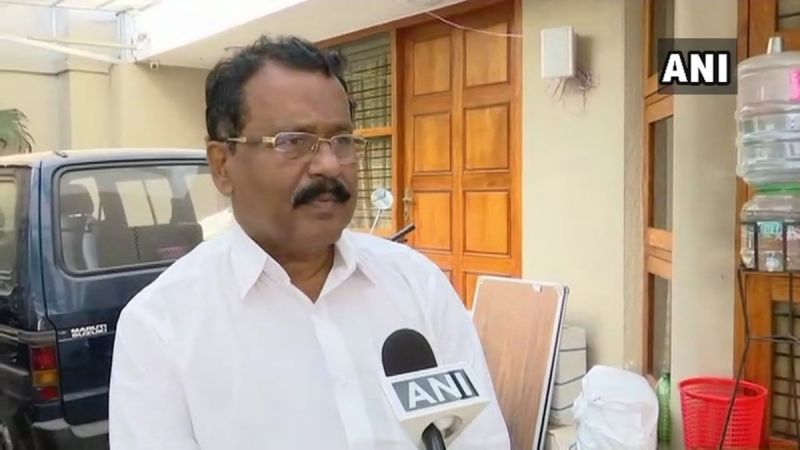 08:49 am: Karnataka State Road Transport Corporation has stopped its bus operations to Kerala for the day in view of the hartal called by various organisations, informed KSRTC PRO. 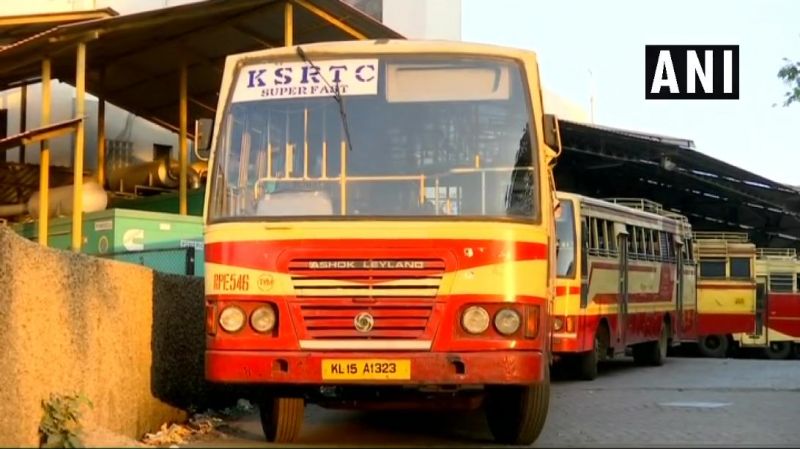 08:15 am: Security deployed in Pathanamthitta in the view of hartal called by various organisations over Sabarimala Temple women entry issue. 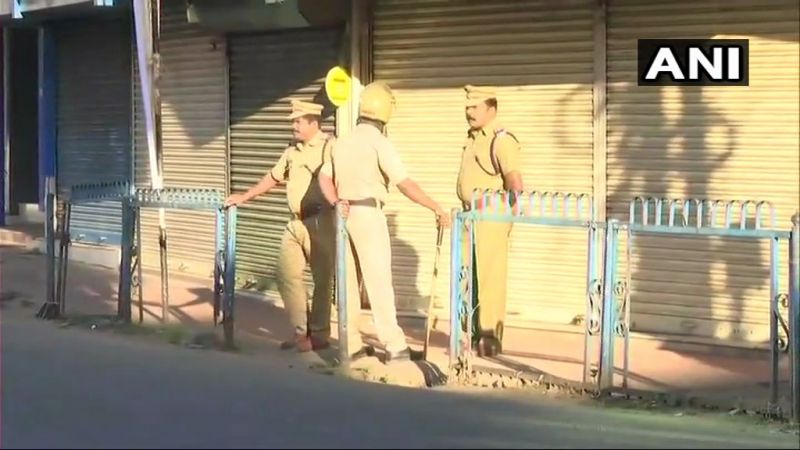 07:51 am: United Democratic Front to observe 'black day' in the state. 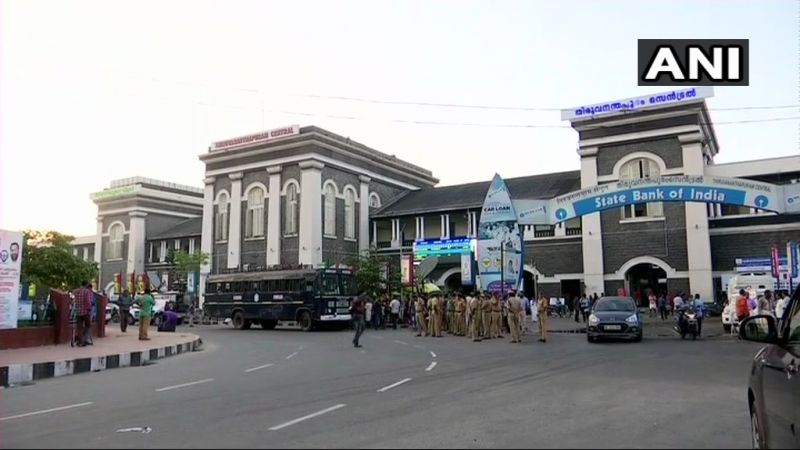 07:45 am: A 55-year-old Sabarimala Karma Samiti worker who was injured yesterday in a clash between CPI(M) and BJP workers, in Pandalam, has succumbed to his injuries; Police investigation is underway.