55-yr-old head constable RP Hazra succumbed to his injuries after Pak forces ‘sniped’ from across the border in J&K's Samba sector. 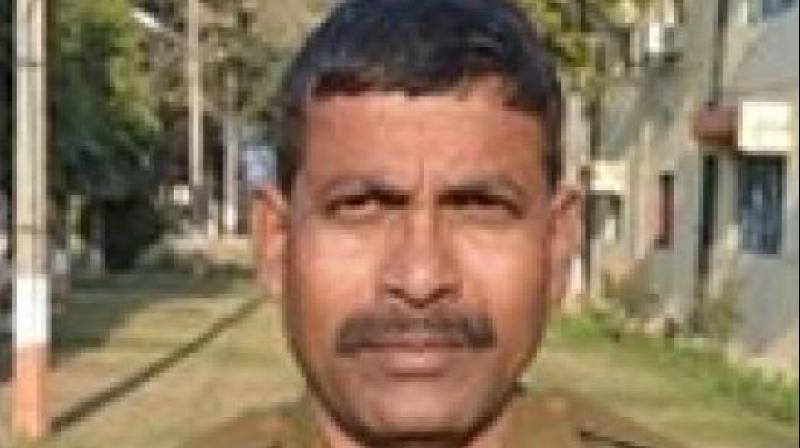 BSF head constable RP Hazra, who hails from Murshidabad in West Bengal, has served for about 27 years in the border guarding force. (Photo: ANI)

Jammu: A BSF jawan deployed along the International Border (IB) in Jammu was killed on Wednesday after Pakistan launched unprovoked firing on an Indian post in the first such incident this year, officials said.

Fifty-year-old head constable RP Hazra was severely wounded after Pakistani forces "sniped" from across the border in the Samba sector of Jammu and Kashmir at about 4 pm.

The jawan, who was rushed to a nearby medical centre, succumbed to his injuries.

Retaliatory fire has been initiated, a senior BSF officer said.

Hazra, who hails from Murshidabad in West Bengal, has served for about 27 years in the border guarding force. He is survived by a daughter (21) and son (18).

The incident came just days after an Army personnel was killed along the Line of Control (LoC) in Rajouri district on December 31, 2017.

Sepoy Jagsir Singh (32) was killed when he was shot by Paksitani troops from across the border along the LoC in Rajouri district on the last day of 2017, the year which recorded the highest number of ceasefire violations in the past decade resulting in the death of 35 people including 19 Army personnel and four BSF men.

On December 23, an Army major and three soldiers were killed along the LoC in Rajouri and in retaliatory action, Indian troops killed three Pakistani soldiers in Pakistan-occupied Kashmir (PoK) two days later.

The BSF guards the Indo-Pak International Border (IB) in the region.