The Goa airport is located inside the naval base and civilian flights were delayed due to the accident. 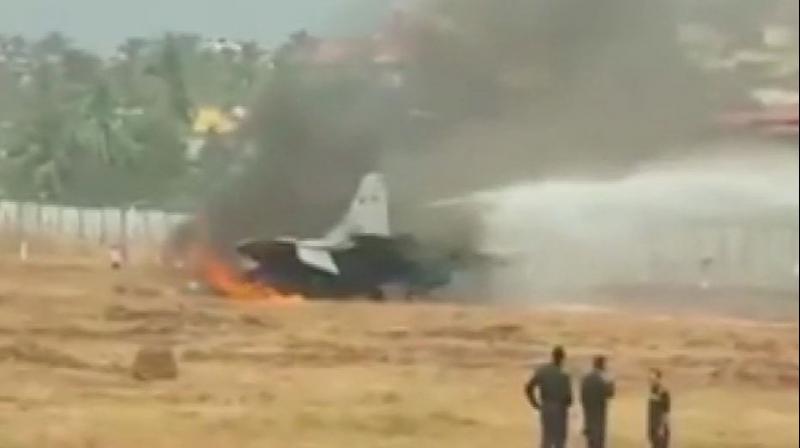 Eyewitnesses said the aircraft veered off the runway before it could take off and caught fire. (Photo: ANI/Twitter)

Panaji: A MiG 29K aircraft of the Indian Navy veered off the runway and crashed inside the INS Hansa base in Goa on Wednesday, a top official said.

The trainee pilot managed to eject safely from the aircraft, which caught fire.

Arrival and departure of civilian flights at the Goa airport were delayed due to the incident, Goa airport director B C H Negi said.

The airport is located inside the naval base.

"All flights are likely to be delayed at Goa Airport as the runway is closed for operations due to Indian Navy's urgent operational requirements," Goa airport authorities said on Twitter.

The incident took place around 12 noon and efforts were on to extinguish the flames.

#WATCH Fire on MiG-29K aircraft being extinguished at Goa airport, after the aircraft went off runway while taking off & caught fire pic.twitter.com/DAPAvHl6Iq

Eyewitnesses said the aircraft veered off the runway before it could take off.