Bharipa Bahujan Mahasangh has called for Maharashtra bandh to protest the state government's 'failure' to stop the violence. 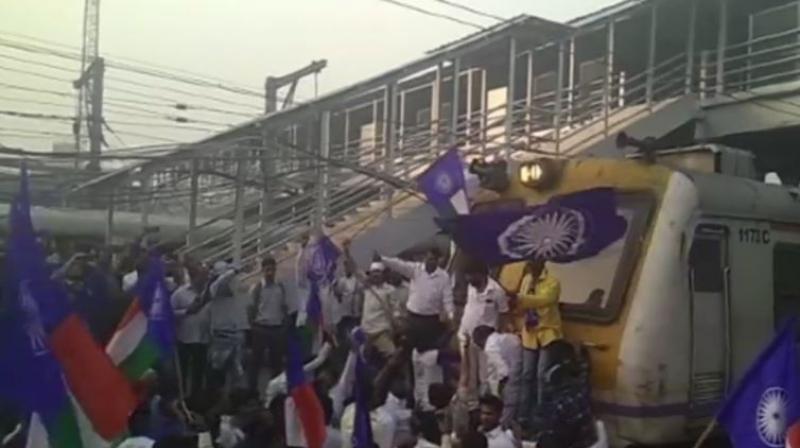 Protesters halted a train at Thane Railway Station, but were immediately cleared by the RPF and GRP officials. (Photo: ANI/Twitter)

Mumbai: The Maharashtra government on Wednesday imposed Section 144 in Thane district till midnight of January 4 after Dalit protesters took to the streets on the second consecutive day in Mumbai over Bhima Koregaon violence.

A few protesters tried to halt a train at Thane Railway Station, but were immediately cleared off by the Railway Protection Force (RPF) and Government Railway Police (GRP) officials. 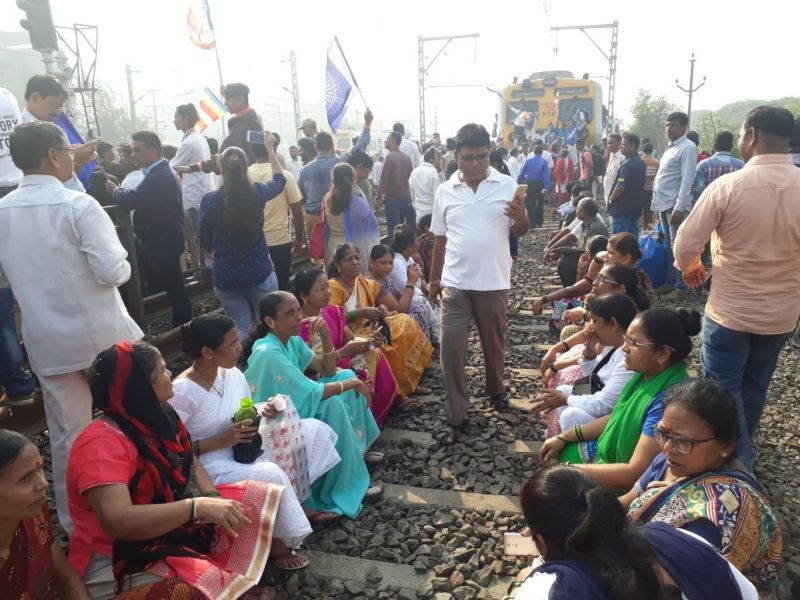 The protests have left commuters stranded due to less number of auto-rickshaws and other means of transport in the city.

"We are supporting this bandh only because we are scared of our loss. They can vandalize anything here," a rickshaw driver in Mulund told ANI.

Heavy security has been deployed in Ghatkopar's Ramabai Colony and Eastern Express Highway to avoid any untoward incident.

The Mumbai police has advised residents to not believe or spread rumors. Police administration is geared up to deal with any untoward situation, it said.

A day after Koregaon, violence erupted in Pune on Monday over the 200th anniversary celebrations of the Battle of Koregaon, claiming the life of a Nanded youth.

Angry protesters blocked traffic and halted railway services at numerous parts of the city while shops and business establishments were shut at Chembur, Vikhroli, Mankhurd, Kurla, Dadar and Govandi.

The police lathi-charged to disperse the protesters, who vandalised auto rickshaws, Brihanmumbai Electric Supply and Transport  and private buses. Several schools were closed down.

Ambedkar alleged that Hindu Ekta Aghadi was responsible for the violence.