Police said that the driver has been arrested and the investigation is in progess. 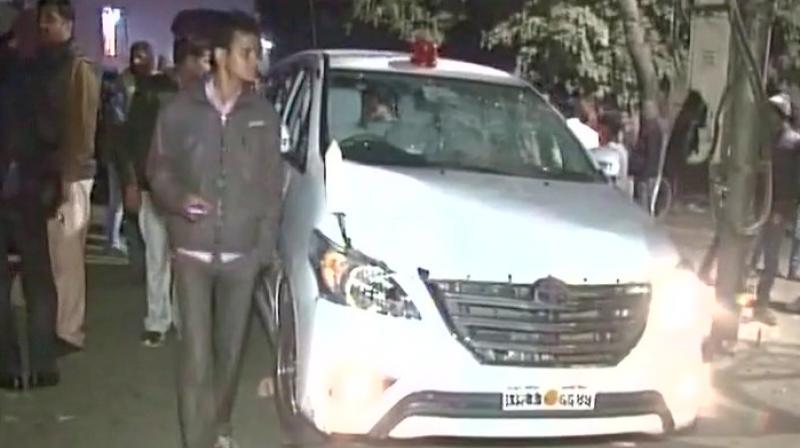 Officials said that liquor bottles were seized from the car. (Photo: ANI)

Hardoi: An official vehicle of an Uttar Pradesh minister rammed into a cart on Lucknow road in city area here, leaving one person dead, on Monday.

The incident took place on Monday night when the official vehicle of Minister of State for Rural Development Omkar Yadav was returning from Badaun after dropping him and hit a cart, killing its operator, 45-year-old Madne, on the spot, police said

Enraged over the incident, locals thrashed the driver and pelted stones on the vehicle damaging it by the time the police force arrived.

The driver of the vehicle was stated to be drunk and liquor bottle was also recovered from the SUV, police said.

The accused was beaten badly by the mob and later was arrested by the police.