He also said the Indian culture does not allow women to party at night without their husband or brother. 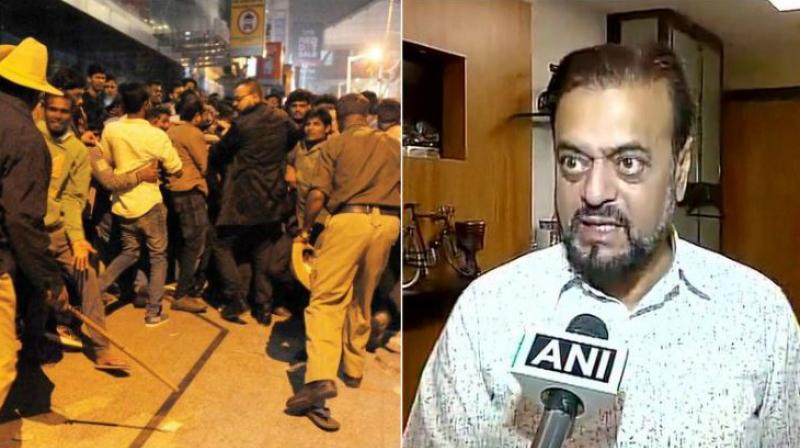 New Delhi: Samajwadi Party leader Abu Azmi sparked a controversy on Tuesday while commenting on the mass molestation of women, who had gathered on Bengaluru’s MG Road to celebrate the New Year, as he purportedly put the blame on the victims.

"In these modern times, the more women are naked, the more fashionable, modern and educated they are considered. And this is increasing in the country. This is a blot on our culture," he said, according to a report in NDTV.

He went on to compare women with petrol and sugar, and said that the Indian culture does not allow women to party at night with men other than husband or brother.

"It is not right for my sister or daughter to go for New Year parties with another man at night, when her brother or husband is not with her," Azmi said.

“If there is petrol, there will be fire. Where there is sugar, there are ants,” he added.

Drunken hooligans posing as revellers ran riot at Bengaluru's MG Road and Brigade Road, molesting and harassing women who had assembled to usher in the New Year.

Commenting on the incident on Monday, Home Minister Dr G. Parameshwar blamed the "Western ways" of the youngsters for such incidents.

The chief of the National Commission for Women (NCW), Lalitha Kumaramangalam, on Tuesday said that summons have been issued to both Azmi and Karnataka Home Minister.

“Few men across parties have made disgusting statements. If men at this level say such things, where is nation heading,” NCW chief said.