The counsel alleged that the government was trying to scuttle the transfers effected by the collegium. 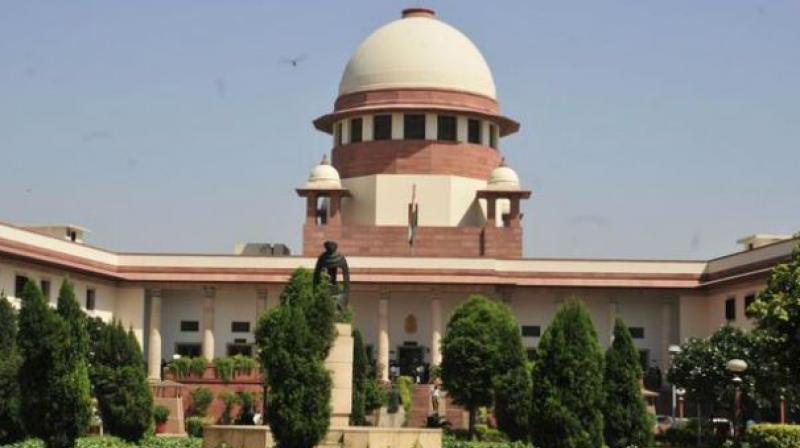 New Delhi: The rift between the Narendra Modi government and the judiciary escalated on Monday with the Centre informing the Supreme Court that it had sought reconsideration of 13 names of judges recommended by the collegium for the Allahabad high court.

During the last hearing in November last, a bench headed by the Chief Jusitce T.S. Thakur had told attorney-general Mukul Rohatgi that the collegium had reiterated the recommendations in respect of 37 names and wanted the government to process their appointments. Despite the Supreme Court collegium’s earlier reiteration, the Centre stood its ground and said it wanted the collegium to reconsider its decision in respect of 13 names. On Monday, the bench was also upset with Centre’s inordinate delay in giving effect to the transfer of judges as recommended by the collegium as early as in February 2016.

Mr Rohatgi told the top court bench of Chief Justice T.S. Thakur that Centre had found “certain inconsistencies” in the recommendations made for 13 new judges for the Allahabad high court in the 37 names, reiterated by the collegium on November 18 and had sent them back for reconsideration. However, senior counsel Ram Jethmalani and Gujarat Bar Association president Yatin Ozha accused the government of deliberately sitting over the files with regard to transfer of a particular judge from the Gujarat high court since April 2016, despite the collegium’s recommendation.

The two advocates alleged that while the name of the particular judge cleared for transfer by the Supreme Court collegium in April has been kept pending till date, several other judges whose names were recommended prior to April 2016 and also post 2016 have been cleared by the Centre. The counsel alleged that the government was trying to scuttle the transfers effected by the collegium.

Mr Jethmalani, who was appearing for Mr Ozha argued that when the collegium had transferred the judge, the Centre was duty bound to implement the directive. Failure to do so would lead to “reasonable apprehensions” in the minds of the people even if they are “unfounded apprehensions” as to “why is the government keeping a matter pending.”

Mr Ozha also referred to the case of the Uttarakhand high court Chief Justice K.M. Joseph, who was transferred to the Hyderabad high court (for AP and Telangana) in April last, but the Centre is yet to clear his transfer till date. He alleged that the Gujarat judiciary has virtually gone to dogs.

CJI Thakur then told Mr Rohatgi, “There are processes for appointing judges, there are processes for transferring high court judges which have been pending for seven months. You need to tell us the reason for the delay. You need to have some plausible explanation for the delay. Why are you sitting over the files? If the recommendations are not agreeable you can send back the files to us. The files can’t be kept languishing. There should be some reasonable explanation.” The CJI observed that Mr Jethmalani was right that public perception would definitely be affected if a judge is transferred but continues to hear a case. The Bench, however, granted three weeks time to the AG to file an affidavit giving reasons for the delay in giving effect to the transfer.