CWC may chalk out note ban stir on January 11 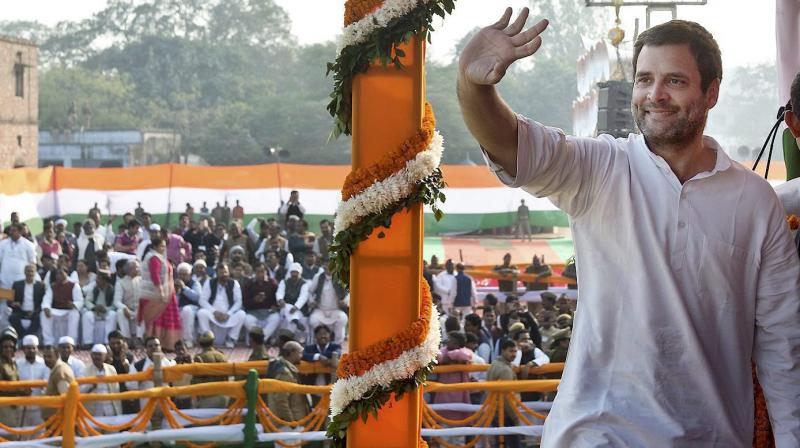 New Delhi: The Congress is planning to call a meeting of its highest body, the Congress Working Committee (CWC), on January 11. This assumes significance as it will further outline the Congress’ sharp attack on the BJP-led Central government on demonetisation. The Congress is already in an month-long agitation mode. Also, the much awaited elevation of the Congress vice-president Rahul Gandhi is likely to be discussed. In the previous CWC meeting held on November 1, 2016, veteran leader A.K. Antony had indicated that Rahul in principle had agreed to take over the leadership of the party. The CWC had unanimously urged Rahul Gandhi to take over the mantle. Congress president Sonia Gandhi has been keeping a low profile and catapulting Rahul in taking charge. In the last CWC meeting, Congress president Sonia Gandhi was absent as she was indisposed. On the founders day on December 28 also, it was Rahul leading the charge as the Congress president was absent. The current political situation will also be discussed. The Congress is in a political combat in the poll-bound states of Uttar Pradesh, Punjab and Uttarakhand.

The Congress has a long list of charges against the government. The Congress vice-president Rahul Gandhi has also charged the Prime Minister of accepting money by bringing out the diaries of Sahara and Birla group, which were seized by the income-tax department.

The Congress has been in an attack mode against demonetisation. Congress spokesperson Manish Tewari asked the government to lay bare the facts about demonetisation calling the Prime Ministers address to the nation on New Years eve as a budget speech outside Parliament.

He said, “For the last three days, neither RBI nor the government have said anything on how much black money has been returned to the system.”