Pal was arrested by the CBI for his alleged involvement in the multi-crore Rose Valley chit fund scam. 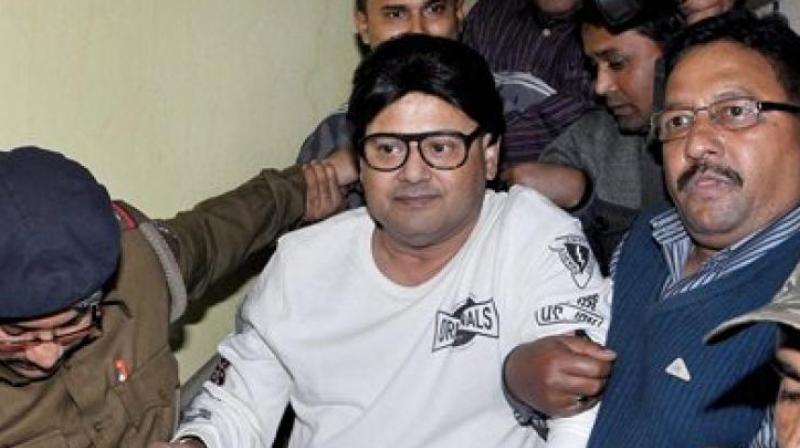 Bhubaneswar: A CBI court in Bhubaneswar on Tuesday extended the remand period of arrested Trinamool Congress (TMC) MP Tapas Pal by three more days on a petition filed by the investigating agency.

Pal, who was arrested by the CBI for his alleged involvement in the multi-crore Rose Valley chit fund scam, was on Tuesday produced before the Special Chief Judicial Magistrate court, designated as the CBI court, after the expiry of his three-day remand. He was remanded to CBI custody for three days on December 31.

The CBI counsel argued in the court that the investigating agency could not interrogate Pal as the TMC MP kept sleeping most of the time and complaining about his health.

Therefore, the agency could not extract facts from him, the CBI counsel contended. The court extended the TMC MP's remand period by three more days.