Health Ministry said that both the cases have been reported in Karnataka, with the patients being two men aged 66 and 46 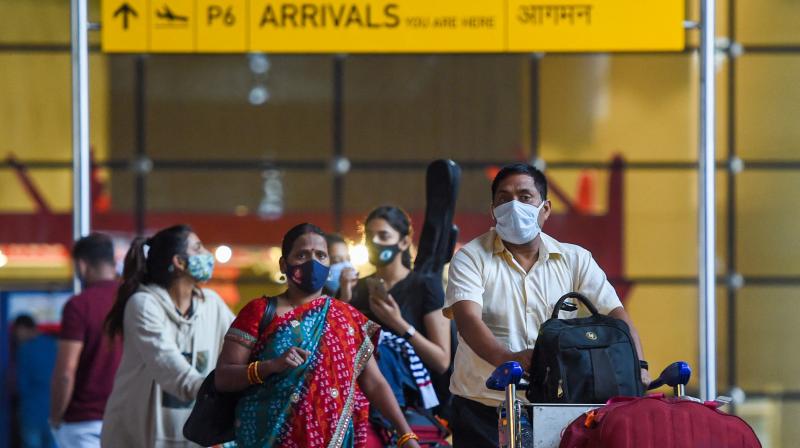 New Delhi: Two cases of the new Covid variant, Omicron, have been detected in India, the Ministry of Health and Family Welfare said on Thursday.

Briefing the media on the situation of Covid and vaccination in the country, Health Ministry's joint secretary Lav Agarwal said that both the cases have been reported in Karnataka, with the patients being two men aged 66 and 46, but added that their identities will not be disclosed for now to protect their privacy.

Agarwal added that the close contacts of both the cases have been identified and have been kept under isolation.

The Health Ministry added that there is no need to panic about the new Covid variant, but said that appropriate Covid-behaviour is needed to be followed and people should avoid public gatherings.

It also stressed on the importance of vaccination at this point of time and said that increased vaccine uptake is the need of the hour. They urged the people to not delay in getting fully vaccinated.

Responding to a question if a nationwide lockdown will be announced, Agarwal said that there is no need it, adding that wearing masks is the most important step to take up at this time.

Meanwhile, Lav Agarwal informed that the Omicron variant can be five times more infectious than the other known variants of the novel coronavirus.

"Around 29 countries have reported 373 cases of Omicron Variant so far," he added.

India was set to restart scheduled commercial international flights on Dec 15, but on Wednesday scrapped that plan and said a resumption date would be announced in due course.

The government has advised states to ramp up testing, a week after the health ministry said a recent fall in testing could undermine India's efforts to contain the pandemic.

The country reported 9,765 new cases on Thursday, taking its total to 34.61 million.