'Their homes are in Gujarat but they have come to Delhi,' Adhir Ranjan Chowdhury told ANI. 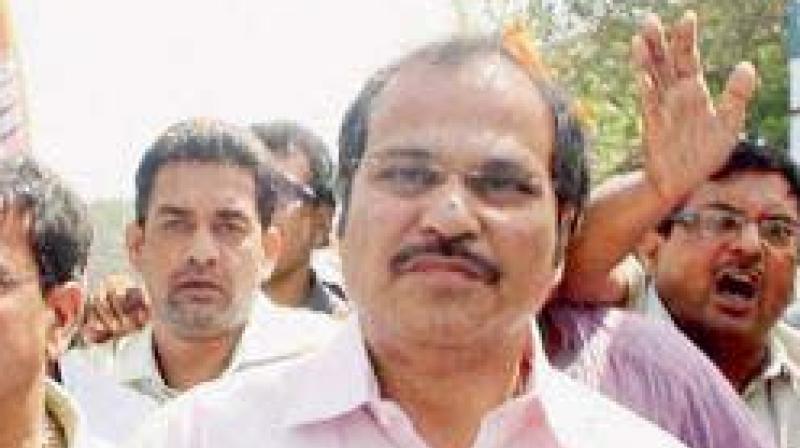 He also warned Amit Shah of the consequences of passing the Bill. (Photo: File)

"I can say that Narendra Modi and Amit Shah Ji are themselves the migrants. Their homes are in Gujarat but they have come to Delhi," Adhir Ranjan Chowdhury told ANI.

"India is for everyone -- for Hindus, for Muslims and for everyone else. They are creating the fear that they will throw out Muslims. They do not have the capability to do that. But what they want to show is Hindus will be allowed to stay, while Muslims will be sent away," added Adhir Ranjan Chowdhury, while opposing the Citizenship Amendment Bill.

Adhir Ranjan Chowdhury's comment comes at a time when Union Minister Amit Shah was discussing the Citizenship Amendment Bill with the members of political parties and the civil society organisations from the northeastern states.

The Union Home Minister met them on Friday and Saturday while the third meeting is scheduled for December 3.

Earlier, Amit Shah had said in the Rajya Sabha that the Citizenship Amendment Bill was needed so that Hindu, Buddhist, Sikh, Jain, Christian and Parsi refugees, who were being discriminated on the basis of their religion in Pakistan, Bangladesh or Afghanistan, obtain Indian citizenship.

The Citizenship Amendment Bill, 2016, which was passed in the Lok Sabha on January 8 this year, aimed at granting citizenship to non-Muslim migrants from Bangladesh, Pakistan, and Afghanistan, who came to India before December 31, 2014.

Further attacking the Bill, Adhir Ranjan Chowdhury said that Home Minister Amit Shah should learn about the number of migrants from India, who were working and living in the rest of the world and their contribution to Indian economy.

"In the entire world, the maximum number of migrants are from India. All the Indians living and working abroad send crores of rupees back to India. But no other country thinks about the issue other than Modiji and Amit Shah," Adhir Ranjan Chowdhury said.

He also warned Amit Shah of the consequences of passing the Bill.

"Amit Shah has the numbers needed to pass the (Citizenship) Bill -- it is one thing but what will happen after the Bill is passed is another matter altogether. If the BJP thinks it can improve India by clearing the Citizenship Bill, then it is nothing more than their wishful thinking."

"It is because of the issue of Citizenship Bill that they have been swept away in West Bengal (assembly by-elections). If they continue with it, they will be swept away from the rest of India too," added Adhir Ranjan Chowdhury.