'Fadnavis should maintain the dignity of the leader of opposition's post and not repeat mistakes which he made earlier as CM,' it opined. 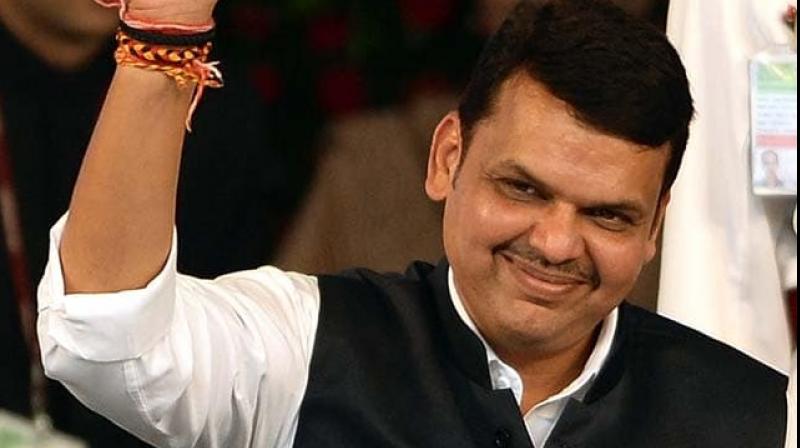 The Marathi daily noted that the central BJP leadership decided to continue with Fadnavis as the party head in the Maharashtra Assembly, but did not follow the same in other states. (Photo: File)

Mumbai: The Shiv Sena on Monday expressed hope that Devendra Fadnavis, as leader of the opposition in the Maharashtra Assembly, would not repeat the mistakes which he committed while being the state's chief minister.

Attacking Fadnavis again over the hush-hush ceremony in which he was sworn in as chief minister on November 23 but had to quit 80 hours later, an editorial in Sena mouthpiece 'Saamana' said the BJP has lost a face having mass appeal. It claimed that people have drifted away from the BJP.

"The current support that the BJP has (of its own MLAs and Independents) is unlikely to remain with the party. Whatever is happening to the party is the outcome of its previous deeds," the Sena said. Maharashtra BJP legislature party leader Fadnavis was on Sunday named leader of opposition (LoP) in the Assembly. "Fadnavis should remember he has gone down in history as a person who was illegally sworn in by keeping everybody in the dark and without having majority," the Sena said.

He was on that (chief minister's) post for only "80 hours". If he wants to get rid of that image, he should go by rules to work as leader of the opposition and take tuitions from senior BJP leader and former LoP Eknath Khadse, the Sena said in sarcastic remarks.

"Fadnavis should maintain the dignity of the leader of opposition's post and not repeat the mistakes which he made earlier as chief minister of Maharashtra," it opined. The Marathi daily noted that the central BJP leadership decided to continue with Fadnavis as the party head in the Maharashtra Assembly, but did not follow the same in other states.

"In neighbouring Madhya Pradesh, BJP's Shivraj Singh Chouhan was the chief minister for many years, but when the party lost to the Congress, he was not made leader of the opposition in the MP Assembly," it pointed out. Similarly, Vasundhara Raje was also not made LoP in Rajasthan after the BJP lost elections in that state, it said. "But, what could be the secret behind Delhi backing Fadnavis despite the results (where BJP got 105 seats in 288- member Maharashtra Assembly)?" the Sena wondered.

It is now a fact that the Assembly polls' mandate was not for the BJP. Despite that, Delhi supported Fadnavis to take oath as chief minister (with the support of NCP's Ajit Pawar), but the government collapsed in three days, the Uddhav Thackeray-led party said. "And now the BJP made him leader of the opposition when people of the state voted for a change," it added. The Sena also took a dim view of the objections raised by Fadnavis during the Maha Vikas Aghadi government's floor test on Saturday. When the House assembled on Saturday, Fadnavis alleged the Assembly session was not being held as per constitutional norms. He also objected to the appointment of NCP leader Dilip Walse Patil as the pro-tem Speaker of the Assembly.

The swearing-in of ministers of the Uddhav Thackeray- led government was also not done as per the constitutional norms, he alleged.

However, Walse Patil rejected his claim, saying the session was being held as per Governor's nod. The BJPP MLAs walked out before head count began in the 288-member House. "The kind of drama Fadnavis did during the new government's floor test was not good. He made a ridiculous statement that he works as per rules. He should then explain under what rule he objected to the floor test on Saturday," the Marathi daily said.

The Sena also said that the appointment of Congress leader Nana Patole as Speaker of the Assembly was a "tight slap on the face of the BJP". Patole had earlier quit the Congress and won the 2014 Lok Sabha polls on a BJP ticket. However, he returned to the Congress in December 2017 citing differences with Prime Minister Narendra Modi and Fadnavis.

"Patole was the first BJP Lok Sabha member who revolted against Prime Minister Modi, saying the latter does not allow party MPs to speak," the Sena claimed. He came back to the Congress and became Speaker of the Assembly. Now, Patole will decide whether Fadnavis should speak or not in the House, the Sena said in taunting remarks.