Gandhi said that a decision in this regard will be arrived at after consultations with Niti Aayog. 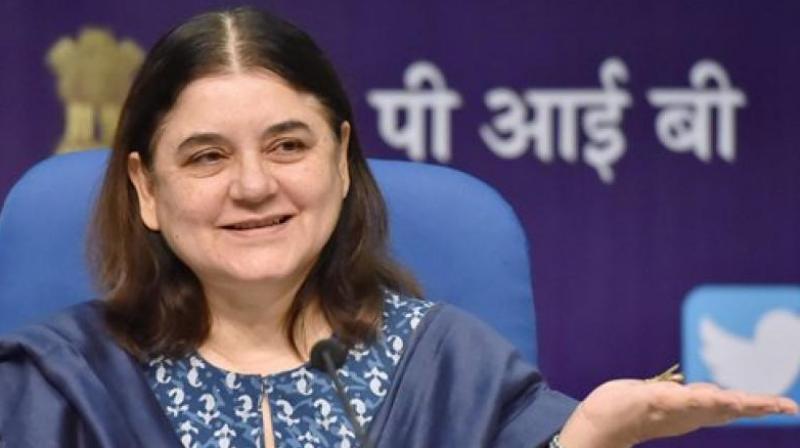 New Delhi: A major initiative of the government towards addressing poor nutrition and stunted growth of children aged between zero to three years, has received the approval of the Union Cabinet, which has cleared the Rs 9,000 crore National Nutrition Mission (NNM). As Aadhar linkage of Aanganwadis having such children will be mandatory, confusion, however, prevails on how children falling in the abovementioned age group would be linked with Aadhar, as biometric details of those below five years of age are not captured.

The NNM as an apex body will monitor, supervise, fix targets, and guide the nutrition-related interventions across ministries, minister for women and child development Maneka Gandhi told mediapersons on Friday. She said that Aadhaar linkage of aanganwadis where children belonging to the age group of zero to three years are to be monitored, will be mandatory. Though those not having the social security number will not be denied benefits under the mission, she added. When asked as to how the government will capture biometric details of children falling under the abovementioned age group, the minister admitted that this aspect needs clarity and some kind of identification will be required for them to be provided benefits under NNM.

Ms Gandhi said that a decision in this regard will be arrived at after consultations with Niti Aayog. The Union Cabinet had cleared NNM during its meeting held on Thursday.

This newspaper had first reported on September 18 that the Niti Aayog, underlining the significance of improving nutritional standards as well as sanitation in India, had suggested the Centre to launch a National Nutrition Mission.

The mission, to be launched in January, will be rolled out in 162 backward districts in six states including Andhra Pradesh, Bihar and Chhatisgarh initially, expanding further to 315 districts in the current financial year itself, the minister said. The rest of the country will be covered over the next two years.

The mission will strive to reduce stunting, under-nutrition, and low birth weight by 2 per cent and anaemia (among young children, women and adolescent girls) by 3 per cent annually over the 3-year mission period.

The NNM will encourage states and Union territories to perform, and guide and supervise them, along with the line ministries, to achieve the targeted goals.