India   All India  02 Nov 2021  Bengal bypolls: TMC leads in all four seats, BJP ahead in Madhya Pradesh
India, All India

Bengal bypolls: TMC leads in all four seats, BJP ahead in Madhya Pradesh

As per the early trends of vote counting, the BJP was leading in Madhya Pradesh's Khandwa Lok Sabha constituency and Raigaon Assembly seat 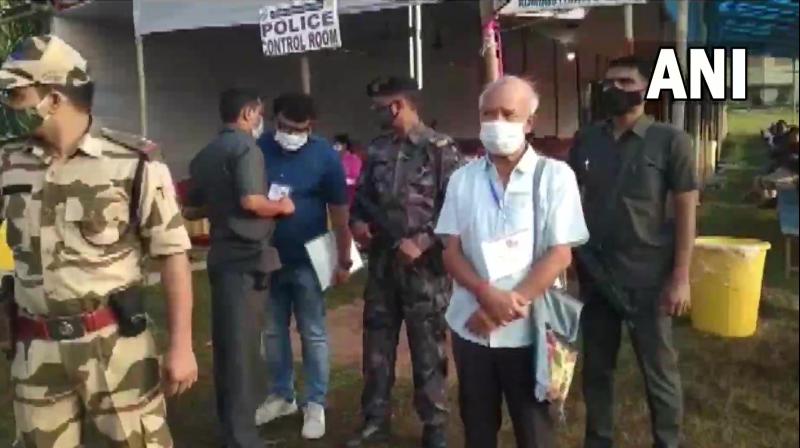 Kolkata: The Trinamool Congress was leading on Tuesday in all four assembly seats where bypolls were held on October 30, as per the initial trends.

The counting of votes to Khardah, Santipur, Gosaba and Dinhata began at 8 am amid tight security.

After the first round of counting, the TMC was leading in all the seats, Election Commission officials said.

"Counting of votes is happening smoothly. There is no report of any untoward incident till 9 am," an official of the poll panel said.

Besides imposing section 144 on a 100 metre radius of counting venues, there is a tight three-tier security layer around them, he said.

The bypolls were necessitated as the BJP MLAs of Dinhata and Santipur resigned to retain their MP seats, while the TMC legislators of Kharadah and Gosaba died.

Meanwhile, as per the early trends of vote counting, the BJP was leading in Madhya Pradesh's Khandwa Lok Sabha constituency and Raigaon Assembly seat.

Besides these two seats, by-elections for Jobat (reserved for ST) and Prithvipur Assembly seats in the state were also held on October 30.

The counting of votes began at 8 am on Tuesday amid tight security for the bypolls necessitated due to the death of sitting MLAs and an MP, an official said.

BJP candidate Gyaneshwar Patil was leading by 8,622 votes over his Congress rival Rajnarayan Singh Purni in the Khandwa Lok Sabha seat after the first round, the official said.

In the Raigaon Assembly seat (reserved for SC), BJP's Pratima Bagri was ahead of Congress' Kalpana Verma by 936 votes.

The trends from Prithvipur and Jobat Assembly seats were awaited.

As many as 48 candidates contested the bypolls.

The Khandwa Lok Sabha constituency and Raigaon Assembly seat were earlier held by the BJP, while Jobat and Prithvipur Assembly seats were with the Congress.