India   All India  02 Nov 2020  Odisha man to reunite with family after spending 20 years in Pakistan jail
India, All India

Birju Kulu, 45, was put behind the bars in Pakistan on the suspicion of working as an agent of the Research and Analysis Wing (RAW) 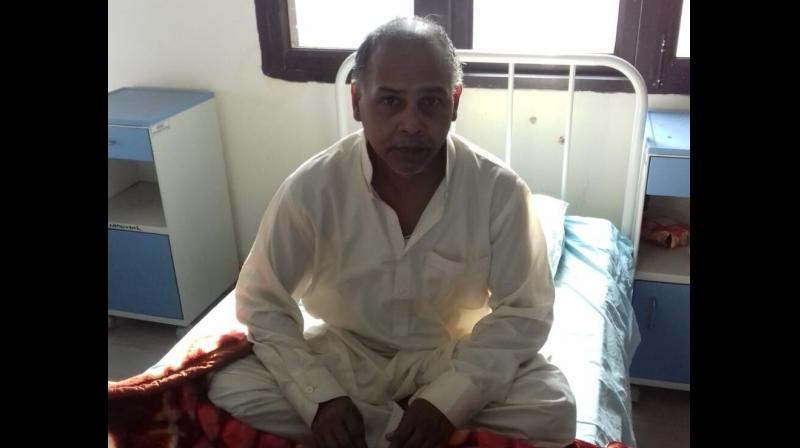 SUNDERGARH: Residents of Katang village under Kutra block in Odisha’s Sundergarh district are eagerly waiting to welcome a fellow villager who spent 20 years in a Pakistan’s Lahore jail and was released on October 26.

Birju Kulu, 45, was put behind the bars in Pakistan on the suspicion of working as an agent of the Research and Analysis Wing (RAW), the foreign intelligence agency of India.

According to reports, Birju, the only son of Kamlis Kulu, was a mentally challenged person since his childhood. He left his family at an age of 25 years without informing anyone and moved to Ranchi in Jharkhand where he worked in a hotel as a helper.

A few days later, the hotel owner informed that Birju had gone missing.

The family of Birju searched him at all possible locations but failed to trace him.

The family was shocked when details about him were revealed by the local Kutra police in 2019. Source said that Birju had mistakenly entered Pakistan after crossing the Indian border due to his mental illness. The Pakistan army caught him suspecting him to be an Indian spy.

The civilian was lodged at a jail in Lahore after being awarded a 20-year jail term by the Lahore Court. After finishing his jail term, he was released on October 26 and the Pakistan army handed him over to Indian authorities.

Following his release from Pakistan, he was admitted to a Covid-19 hospital at Narayanganjgarh in Amritsar for treatment.

He will return to his home state soon after he gets discharged from the hospital, sources in Sundargarh district administration said.

Birju’s parents died of mental shock after they came to know that their son was imprisoned in Pakistan.

His only sister, who is married and stays in Kukuda village under Rajgangpur block, and family members of his father’s brothers at Katang are eager to see him after 20 years.

“We’ll welcome Kulu with our traditional dance and music. All arrangements have been made to receive the son of the soil who languished in Pakistan jail for no fault of his,” the villagers said.