On Oct 16, a court extended the judicial custody of Chinmayanand in connection with rape of a law student. 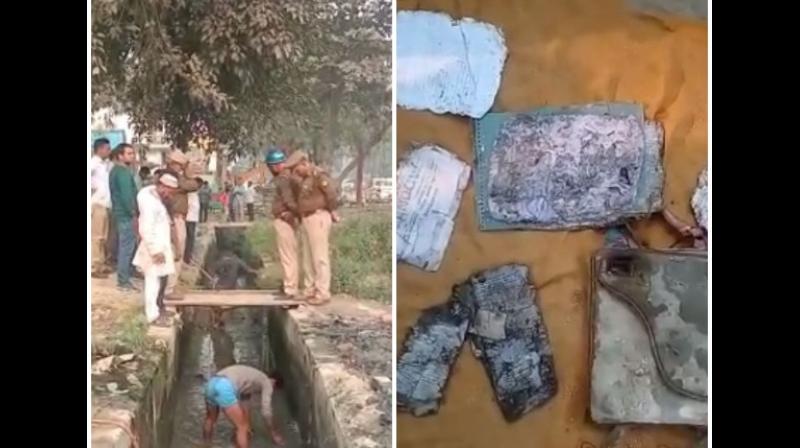 Sources said a purse, exam papers and some notes were among the things found from the drain located in the PS Kotwali area. (Photo: ANI)

Shahjahanpur: The Special Investigation Team (SIT) on Saturday thoroughly searched a drain adjacent to the ashram of former Union Minister Chinmayanand following a reported cue from the law student who has accused him of rape and found a purse, exam papers and some notes.

Sources said a purse, exam papers and some notes were among the things found from the drain located in the PS Kotwali area.

On October 16, a court extended the judicial custody of Chinmayanand in connection with the alleged rape of a law student.

The law student was arrested on September 25 for allegedly demanding extortion money.

The Special Investigation Team (SIT) probing the rape case had said that the law student affirmed that she demanded Rs 5 crore as extortion money from Chinmayanand.

The law student had gone missing after a video of her alleging that a person from 'Sant Samaj' had threatened to kill her and her parents went viral on social media.

Chinmayanand's team had, in turn, filed an extortion case.

The student has told a local court that she was repeatedly raped by the BJP leader for over a year.

She has also alleged that the accused recorded the incident on camera and blackmailed her.