Prashant Bhushan to move SC for probe in WhatsApp row

The names of those whose accounts were hacked include rights activists, lawyers, academicians and journalists. 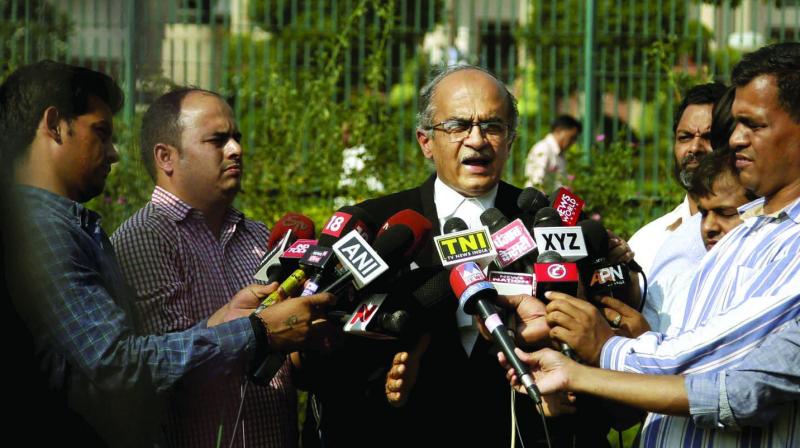 New Delhi: The activist lawyer Prashant Bhushan will move the Supreme Court for investigation into the hacking of the WhatsApp accounts of the human right activists, lawyers and journalists seeking to know whose phones were tapped and at whose instance.

Seeking an investigation by a body of cyber experts, Mr Bhushan on Friday said that it needs to come in the public domain who had ordered the snooping of the accounts of the right activists, lawyers and journalists and why.

The petition before the Supreme Court could be on behalf of the affected people whose names have come to light or could be a public interest suit on behalf of an organisation.

The names of those whose accounts were hacked include rights activists, lawyers, academicians and journalists.

Anand Teltumbde is a Professor at Goa Institute of Management. Shalini Gera a co-founder of Jagdalpur Legal Aid Group is alsos lawyer for jailed activists Sudha Bhardwaj – one of the accused in Bhima Koregoan case among with other activists including Gautam Navlakha.

Mr Bhushan on Friday said that they are collecting the papers relating to the hacking of the WhatsApp accounts and would move the top court after it opens on November 4 after weeklong Diwali holidays.

While the questions are being raised as to who was behind the snooping of the rights activists, lawyers and the journalists, the government has issued denial.