Nazir Laway was only non-BJP politician who attended swearing-in. 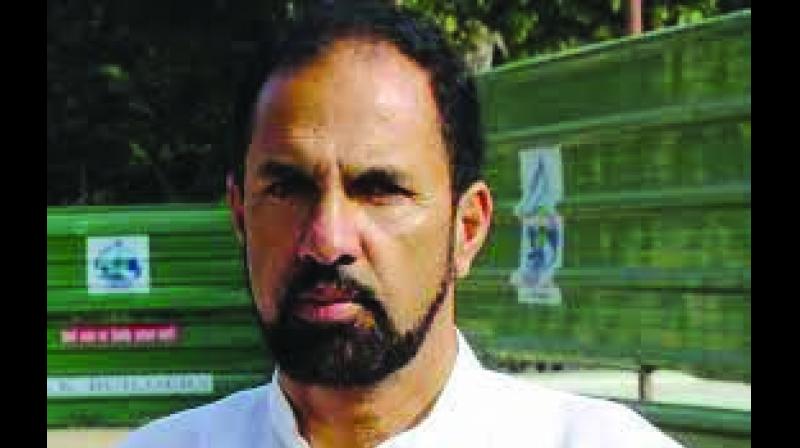 A PDP spokesman said that he has been expelled from the basic membership of the party for indulging in “anti-party activities”.

Confirming that Mr. Laway has been expelled for attending Mr. Murmu’s swearing-in ceremony, the spokesman said, that “by doing so he has undermined the party leadership in entirety”.

Mr Laway was the only non-BJP political leader who attended the ceremony held at Raj Nivas here.

The PDP spokesman said that his participation in the ceremony was in contravention to the party’s stand on the revocation of Article 370 of the Constitution, splitting J&K into two Union Territories and the current political situation in the (erstwhile) state.

This is not for the first time that Mr. Laway has gone against the party stand on issues?

In July this year, he had along with another PDP Rajya Sabha member Fayaz Ahmad Mir rendered his support for the passage of the RTI bill in the Upper House of Parliament despite objections raised by their party. PDP president Mehbooba Mufti had opposed the bill on the plea that J&K had its own RTI Act 2009 and, therefore, there was “no question of supporting the RTI bill in Rajya Sabha”.

Mr Laway and Mr. Mir had also instead of voting against the Triple Talaq bill abstained from the House on the day of voting even after publicly asserting that they will oppose it as “it is against the principles of Islam”?

Mr Laway said that he has not received the expulsion notice from the party yet and that he wondered who is authorized to take such action against him when the party leadership has been incarcerated by the authorities. “I don’t know who is doing this. It is the party president who is the ultimate authority to take such a decision. She is in detention for past three months,” he said.

He added that some people within the party were against him and they have been trying to denigrate him. “In fact, I raised the issue of the party leadership’s uncalled-for detention and also the incarceration hundreds of Kashmiri youth with the newly appointed lieutenant-governor,” he said.