Besides, the CBI will also question three former Congress MLAs as they are suspected to have been in constant touch with Harish Rawat, it said. 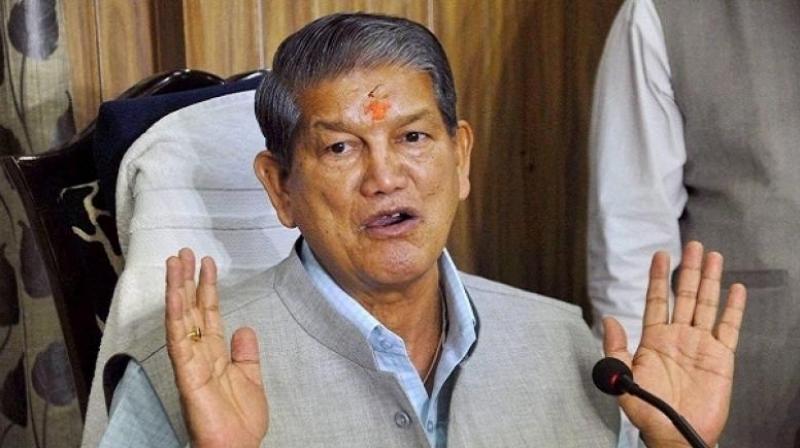 New Delhi: The Central Bureau of Investigation (CBI) is all set to question senior Congress leader and former chief minister of Uttarakhand, Harish Rawat in connection with its investigation into his alleged role in a 2016 sting video that purportedly shows him negotiating a deal to buy the support of rebel MLAs.

According to sources, “The former chief minister of Uttarakhand is expected to be questioned next week. The agency will also question his then cabinet colleague Harak Singh Rawat, who is now a member of the state's BJP-led government, in connection with the case.”

Besides, the CBI will also question three former Congress MLAs as they are suspected to have been in constant touch with Harish Rawat, it said.

The CBI recently filed a FIR against Harish Rawat and Harak Singh Rawat for alleged horse-trading in 2016, which was caught on tape by the editor of a news channel.

The CBI had registered a preliminary enquiry to probe the alleged horse trading attempt on March 23, 2016, when the state was under President’s Rule. It sent the tape for analysis to the Forensic Science laboratory, Gandhinagar, Gujarat, which opined that the recording was “genuine” and there was no evidence of any "addition/deletion/insertion/tampering/morphing" in the video that purportedly showed the Congress leader discussing money to win back the support of disgruntled MLAs who had crossed over to the BJP so that the Congress could get back to power.

Recently, the Uttarakhand high court gave its nod to the CBI to go ahead with its investigation and lodge a FIR against Rawat after the agency submitted a report in a sealed cover upon preliminary inquiry.

Harish Rawat and Harak Singh Rawat, who joined the BJP later and is now a minister in the Trivender Singh Rawat-led cabinet, the CBI had also booked the editor-in-chief of Noida-based Samachar Plus channel Umesh Sharma, who purportedly carried out the sting operation in the airport lounge, sources said.

The CBI slapped the Indian Penal Code section pertaining to criminal conspiracy and bribery provisions of the Prevention of Corruption Act on the trio. After the video surfaced, the Centre handed over the probe to the CBI. During the preliminary enquiry stage, the CBI had questioned Harish Rawat and Umesh Sharma.