The police officials said that a massive manhunt has been launched for the assassins. 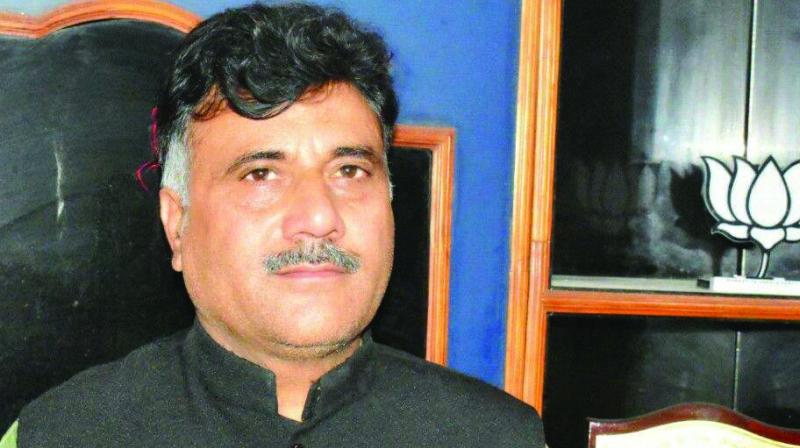 Srinagar: Indefinite curfew was imposed in Jammu and Kashmir's Kishtwar town and some neighbouring areas from Thursday night as tensions erupted in the communally-sensitive region in the aftermath of the murder of a Bharatiya Janata Party (BJP) leader and his brother by unknown assailants.

The police said that gunmen shot at BJP's state secretary Anil Parihar and his elder brother Ajit Parihar when they were walking towards their residence in Kishtwar's Parihar Mohalla on Thursday night.

“They were targeted with pistol fire from point blank range along the Tapal Gali (lane) near the veterinary hospital at 9.10 pm resulting into BJP leader's instant death and critical injuries to his brother,” a police officer said.  The BJP leader's brother Ajit succumbed soon after being admitted to the district hospital.

The reports received here said that the brother duo was returning home from a stationery store BJP leader's brother Ajit run in a market of Kishtwar, 214-km northeast of J&K's winter capital Jammu. As the word about the murder of the BJP leader and his brother spread, people took to the streets at many places across the town to hold protests. An irate crowd attacked two senior police officers -Kishtwar's SSP and local Station House Officer- at the hospital leaving them injured, reports said.

The police officials said that a massive manhunt has been launched for the assassins. “We have launched investigations,” said the police. The BJP has blamed the killings on “terrorists”.

Union minister of state at the PMO Dr. Jitendra Singh tweeted, “Deeply shocked by the killing of a dear party colleague and BJP J&K state secretary Anil Parihar and his brother.”