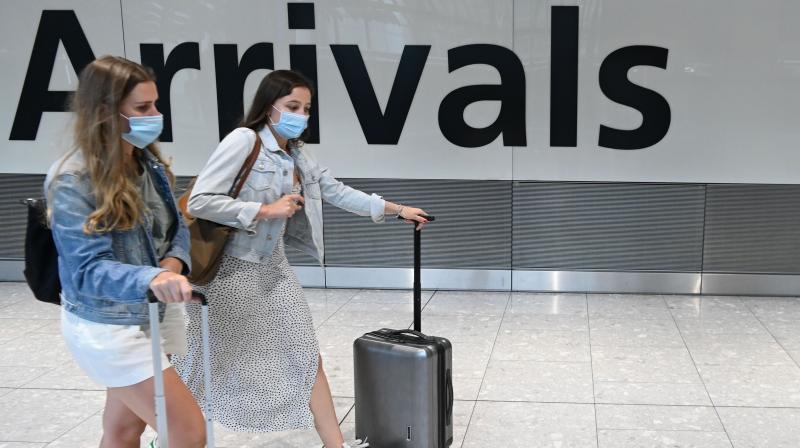 Officials said under the new “reciprocal” visa policy, the facilitation will depend on the applicant’s home country’s policy for Indians. (Representational Photo: AFP)

New Delhi: Making it clear that Indian visa rules will be applied on a “reciprocal” basis and be different for every country, India on Friday decided to impose “reciprocity” on British nationals arriving in India from the UK. Britain has approved Covishield, the Oxford-AstraZeneca vaccine made by the Serum Institute of India, but has expressed problems with India’s CoWin vaccination certificate on technical grounds. The UK has still not withdrawn its decision to not accept India’s Indian Covid-19 vaccination certificates.

“Our new regulations will come into effect from October 4, and will be applicable to all UK nationals arriving from the UK,” sources said, adding tghat this rule is specific only for UK nationals and will not affect Indian citizens travelling from the UK or citizens of any other country entering India through Britain. However, non-resident Indians (NRIs) who have UK passports will be impacted.

The Indian high commission in London has conveyed the government’s decision to the British authorities. In India, the health and civil aviation ministries have been asked to take steps to implement the new measures.

Sources added that the new rules can be withdrawn if the UK agrees to accept India’s CoWin certificates but till that happens, these rules will remain. India does not insist on any vaccination certificate though it asks for a Covid-19 RT-PCR negative test report done before the journey. And even though there are home quarantine rules, it is not strictly followed or enforced. But in the case of UK nationals, the Indian government will be very strict in monitoring passengers, and if they are found to be violating these rules, they might be put under institutional quarantine.

Officials said under the new “reciprocal” visa policy, the facilitation will depend on the applicant’s home country’s policy for Indians. “Many countries have opened for tourists from foreign countries but have posed several restrictions for Indian travellers. The issues have been raised with the diplomats of the concerned countries to get the issues resolved,” a senior home ministry official said.

Nations like Germany, Canada, Australia and the United Arab Emirates have started accepting Indian travellers who have Covishield vaccination certificates. However, Germany has said that Indians must have their date of birth or passport number mentioned in the certificate, and just having an Aadhaar number will not be sufficient. Incidentally, the CoWin app has a provision to change the identity proof to the passport after having put in the Aadhaar number earlier.

Australia, meanwhile, announced on Friday that it was hoping to allow international travel from November. Australia will first open for its own nationals returning home. It has said while it will “recognise” Covishield and some other vaccines, people will still have to undergo a seven-day mandatory quarantine. The Australian government later clarified that declaring certain Covid vaccines as “recognised vaccines” was separate to a regulatory decision on whether they are approved for use in Australia.

A spokesperson of the Australian high commission in New Delhi said: “Quarantine remains a matter for (Australian) states and territories. Currently, vaccination against Covid-19 does not change the requirement for mandatory quarantine for 14 days at the port of arrival. However, South Australia and New South Wales are already conducting pilots for modified entry arrangements for fully vaccinated individuals.”