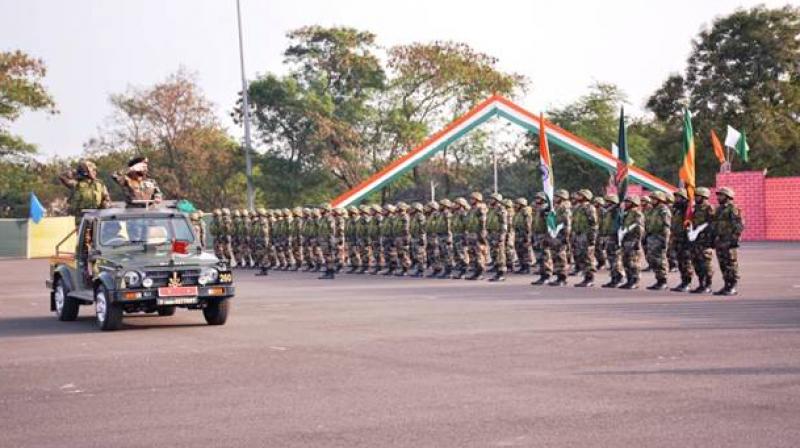 The seventh edition of the Mitra Shakti exercise was conducted at Foreign Training Node (FTN) in Pune in 2019. (Image credit: pib.gov.in)

New Delhi: India and Sri Lanka will carry out a 12-day mega military exercise from Monday with a focus on enhancing counter-terror cooperation.

The eighth edition of the 'Mitra Shakti' exercise will be conducted at Combat Training School in Sri Lanka's Ampara from October 4 to 15, the Defence Ministry said on Saturday.

"The aim of the exercise is to promote close relations between armies of both countries and enhance inter-operability and sharing best practices in counter-insurgency and counter-terrorism operations," it said.

The ministry said an all arms contingent of 120 personnel of the Indian Army will participate in the exercise along with a battalion-strength contingent of the Sri Lankan Army.

"The exercise will involve tactical level operations at sub-unit level in an international counter-insurgency and counter-terrorism environment," it said in a statement.

The ministry said that the exercise will go a long way in further strengthening the relationship between both the South Asian nations and will act as a catalyst in bringing synergy and cooperation at the grassroot level between both armies.

Sri Lanka was rocked by a series of deadly bomb blasts in April 2019 in which over 300 people were killed.

In the backdrop of the blasts, India and Sri Lanka enhanced their anti-terror cooperation.

The seventh edition of the Mitra Shakti exercise was conducted at Foreign Training Node (FTN) in Pune in 2019.