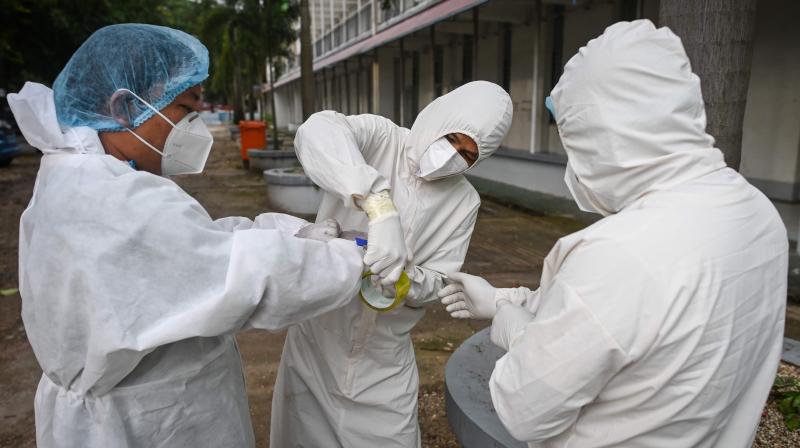 Volunteers wearing personal protective equipment (PPE) before they transfer people suspected of having the COVID-19 novel coronavirus via ambulances to a quarantine centre. — AFP photo

India’s overall cases of novel coronavirus reached 63.12 lakh on Thursday after 86,821 new infections were detected in the last 24 hours. The total deaths due to the virus reached 98,678 with 1,181 fresh fatalities. According to the Union Health Ministry, so far 52.73 lakh persons have recovered taking the country's Recovery Rate to 83.53 per cent.

Health ministry officials said India has sustained its trend of maintaining the active cases below the 10 lakh mark as for the 10th successive day, the active cases were  less than 10 lakh. They added with a high number of COVID19 patients recovering every single day, India’s steady trend of posting high level of daily recoveries also continued and 85,376 recoveries were registered in the last 24 hours.