India   All India  02 Oct 2019  The lesser known birthday; not Shastri, it is Dada's 40th birth anniversary
India, All India

The lesser known birthday; not Shastri, it is Dada's 40th birth anniversary 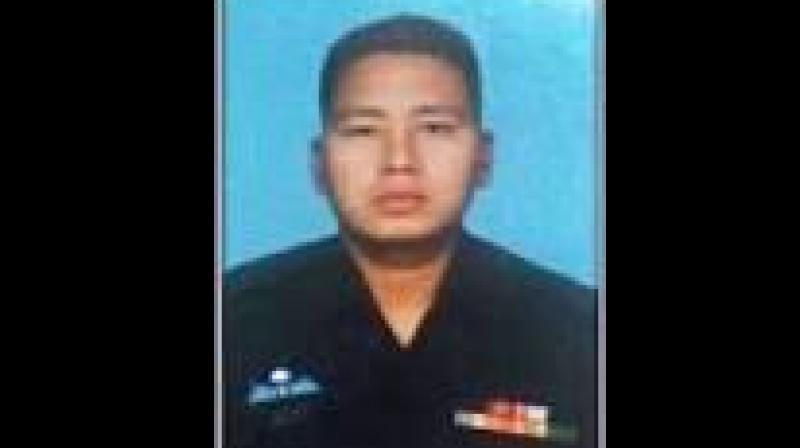 The day is celebrated with the visits of dignitaries to Rajghat, the memorial dedicated to Mahatma and the government has decided to ban plastic nationwide from today to strengthen its endeavour of Swachh Bharat.

However, a little is known that another stalwart shares his birthday with these two legends and had he been alive, he would have turned 40 today. Havildar Hangpan Dada attained martyrdom on May 26 in 2016 fighting militants in Kupwara. It is his story.

Born on 02nd October in 1979 in Arunachal Pradesh, Dada joined the Parachute Regiment of the Indian Army in 1997 and he was later transferred to the Assam Regiment in 2008. Later, he made a request transfer to the Rashtriya Rifles and served it till his last operation. Dada was posted in Kashmir on the fateful day of 26th May, 2016.

Located alongside the Line of Control, Kupwara witnesses infiltration from the Pakistani side on a regular basis. Dada was placed at Shamshabari Range which falls in Kupwara.

A drain named ‘Mira Naar’ falls between Sabu Post and Marsari Post. The militants were moving towards the Sabu Post from Mira Naar. Sabu Post was put on alert and Dada was asked to establish a stop from Mira Naar to Mira Ridge. Instructing his team to cordon off the area, Dada moved to block the exit route in Mira Naar.

After spotting the militants, Company Headquarters fired upon them and two militants took cover nearby while the other two moved down the Naar. Dada asked his men to provide cover and neutralized two terrorists.

After clearing the bodies, Dada and the Commanding Officer moved ahead in two separate teams.

Dada kept motivating his team as they moved along the difficult terrain. Dada advanced and spotted the third terrorist and killed him in a close encounter.

The moment he moved ahead, he was hit in his stomach by a bullet from the fourth terrorist. He collapsed and while he mustered courage and stood up, he was hit by another bullet in his chest.

Dada fell down and the fellow soldiers moved ahead and neutralised the militant. Dada, however, succumbed to his injuries.

For his extraordinary bravery, courage and leadership, Dada was awarded the ‘Ashok Chakra’, India’s highest peacetime military decoration on the following Republic Day in 2017.

Dada is survived by his wife Chasen Lowang and two children.

In his memory, the Assam Regimental Centre named its main block in its headquarters after Dada. In Arunachal Pradesh, the annual tournament for Chief Minister’s Trophy was renamed as Hangpan Dada Memorial Trophy.