PM said that every country in the world now accepts India and looks forward toward it believing that it has the capacity to take all along. 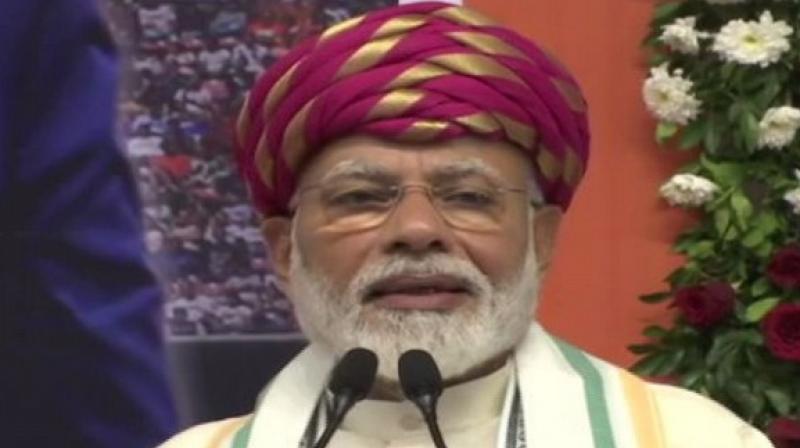 He also said that the changing scenario back home has boosted the morale of Indian diaspora all over. (Photo: ANI)

Ahmedabad: The strength and respect of Indian passport have increased all over the world, said Prime Minister Narendra Modi here on Wednesday, while speaking on the occasion of 150th birth anniversary of Mahatma Gandhi.

The Prime Minister said that every country in the world now accepts India and looks forward toward it believing that it has the capacity to take all along.

"During my UN visit after the elections, I felt that every country in the world has accepted India. The world is hopeful that whatever the possibility is there for any change, it is with India. India has a great role to play and can take the world along," said Prime Minister Modi.

He also said that the changing scenario back home has boosted the morale of Indian diaspora all over.

Prime Minister Modi's speech at the 74th session of United Nations General Assembly (UNGA), detailing outlines to build an inclusive, assertive and accountable world, has not only made a global impact but has also enhanced India's stature on the world stage.

At the UNGA session, India remained a strong presence. India took the lead in the discourse on climate change, a global healthcare and combating terrorism.

During his trip to the US, PM Modi put his weight behind a host of issues including diplomatic relations, trade war, economic disparity, terrorism, and other pertinent issues.