Sepoy Kumar was commissioned into the Grenadiers Regiment in 2017. 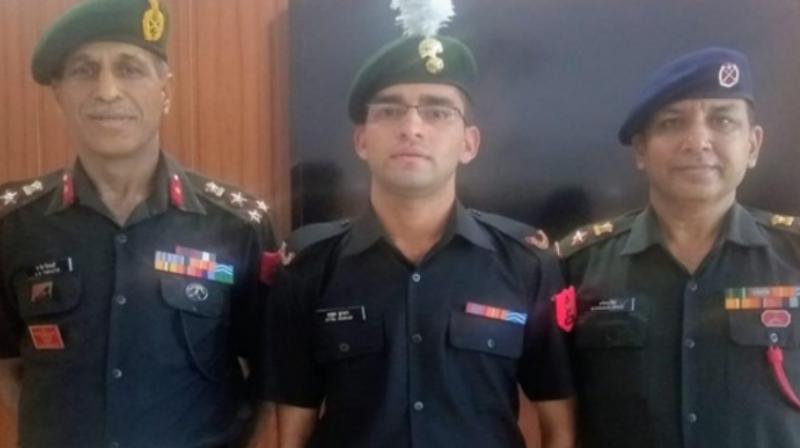 is application for premature retirement was processed with speed to enable him to pursue his admission in an Italian university for the integrated MS and PhD course in particle and astrophysics commencing December 2019, sources said. (Photo: File)

New Delhi: The Army expedited premature retirement of a sepoy to allow him to pursue an integrated MS and PhD course in particle and astrophysics at an Italian university, sources said on Monday.

Atul Kumar, a grenadier in the Indian Army, and a resident of Kangra in Himachal Pradesh, studied in the town till second year in college. He then joined the Army as a sepoy being from a financially weak background, they said.

"He pursued his passion for studies and completed his graduation while being in service. His unit assisted and guided him in his coaching," a source said.

Sepoy Kumar was commissioned into the Grenadiers Regiment in 2017. His application for premature retirement was processed with speed to enable him to pursue his admission in an Italian university for the integrated MS and PhD course in particle and astrophysics commencing December 2019, sources said.

Many had taken to Twitter to praise the Army to allow the soldier to pursue higher studies. "A grenadier and now on the way to be a scholar!! What a rare feat for our braveheart who has been selected to study in an Italian university. Congratulations & best wishes to Grenadier Atul Kumar..!! Special 'Thank You' to @adgpi for nurturing such talent," Roshani, a user tweeted. "The scholar soldier," tweeted Ankur Sharma, another user.