According to an Army official, two weapons were recovered from the scene of the gunbattle. 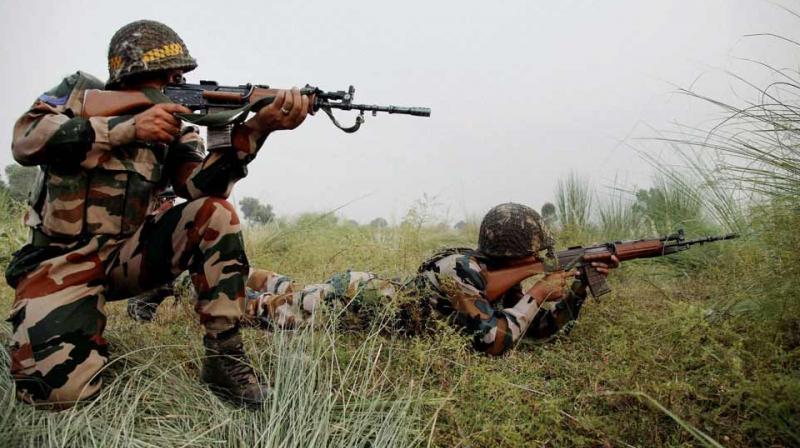 The infiltration bids from Pakistan-occupied Kashmir were made in Rampur sector in Baramulla district and Tangdhar sector in Kupwara district. (Photo: PTI/Representational)

The infiltration bids from Pakistan-occupied Kashmir (PoK) were made in Rampur sector in Baramulla district and Tangdhar sector in Kupwara district.

"An infiltration bid was foiled today by alert soldiers along the LoC in Rampur sector of Baramulla district," a defence spokesman said in Srinagar.

He said two militants were killed and two weapons recovered from them.

The search operation was still in progress.

Earlier, the Army foiled an infiltration bid by militants in Tangdhar sector. An army official said the soldiers noticed some suspicious movement near the LoC and challenged the suspects.

"An exchange of fire took place between the sides," he said, adding bodies of two militants were recovered during a search operation, which was continuing till last reports came in.

Two weapons were recovered from the scene of the gunbattle, he added.