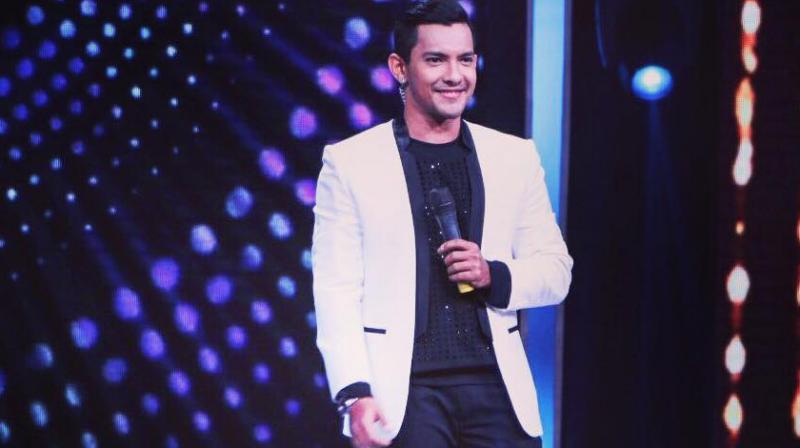 The young singer turned Bollywood actor pointed a finger at the Duty Manager who was making a video of the incident and used cuss words. (Photo: Facebook)

Raipur: Aditya Narayan, son of Bollywood playback singer Udit Narayan who was on Sunday seen carrying excess baggage of 40 kg on 6E-258, a Raipur-Mumbai IndiGo flight, declined to pay a sum of Rs 13,000 for his extra luggage.

Aditya was travelling with five other people.

When asked to pay an amount of Rs 13,000, Aditya refused. He said he would only pay Rs 10,000 and went on to use abusive language with a female staff from the airline company.

The young playback singer turned Bollywood actor pointed a finger at the Duty Manager who was making a video of the incident and used cuss words. Aditya shouted even louder when he was asked to behave in a civil fashion.

Later, on being informed by IndiGo officials that continued misbehaviour will entitle him to a travel ban, Aditya stopped and apologised to the ground staff.

The singer-cum-actor was then given his boarding pass.

The Airport officials themselves issued a statement after the video gained a lot of traction.

Today on 6E-258 (Raipur-Mumbai), Mr Aditya Narayan, travelling with a group of 5 people, was carrying excess baggage of 40 kgs. The amount to be paid for the carriage of excess baggage came to 13000 INR. He refused to pay this amount to the female check in staff member and said that he will not pay more than 10000 INR for the excess baggage and also used unparliamentary language with the female staff member.

While making a video, he pointed a finger at the Duty Manager and again used profanity. When politely asked to be civil and not use such language as there were other passengers and female staff members present, he started shouting even louder and used abusive words which we are refraining from mentioning here.

He was informed that if he continues to misbehave he will not be allowed to travel.

Later, passenger Mr Narayan apologised to the ground staff and thereafter was given the boarding cards.

We at IndiGo can at no point compromise the dignity of our staff members or passengers. (sic)