In July, the varsity's registrar wrote to Thapar asking to submit her CV, to evaluate whether she should continue as professor emerita. 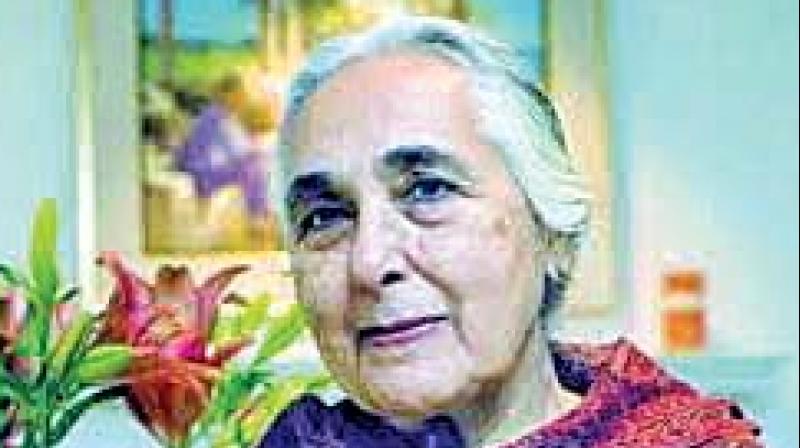 Thapar, and every other professor emeritus/emerita of JNU, have been nominated to this honorary position for life for their immense contribution to their disciplines and to the building of JNU as an institution, the statement said. (Photo: File)

Soon after JNUTA statement, the university said it is following its ordinance "in letter and spirit" in the appointment of professor emeritus at JNU.

"As per the ordinance, the university is required to write to all those who have attained the age of 75 years to know their availability and their willingness to continue their association with the university. Letters have been written only to those emeritus professors who fall in this category," it said.

It explained writing these letters is not for discontinuation but for an informed review by the executive council, the highest statutory body of the university, and it is consistent with the practices at other reputed universities such as MIT and Princeton University.

When contacted, Thapar confirmed receiving the letter in July and replying to it saying "it is a lifelong honour". She did not elaborate.

However, JNUTA called it a "deliberate attempt to try and dishonour those who have been critical of the current administration". It demanded a formal retraction of the move and said a personal apology be issued to Thapar.

The association "expressed its outrage" at the efforts by the administration to "denigrate" the teaching and learning traditions of JNU via its "tasteless communications" to Thapar. It accused the association of having an "agenda" to allegedly destroy the legacies and the promise of the university.

"The insult to Prof. Romila Thapar is just another politically motivated step in this regard, motivated no doubt by the active and steadfast support and inspiration she has provided to the teachers and students of JNU in their fight to keep the university in line with the vision and ideals embedded into its foundations," JNUTA said.

Thapar, and every other professor emeritus/emerita of JNU, have been nominated to this honorary position for life for their immense contribution to their disciplines and to the building of JNU as an institution, the statement said.

In July, the varsity's registrar wrote to Thapar and asked her to submit her CV, so that they can evaluate whether she should continue as professor emerita.

The registrar's communication stems from a resolution of JNU's executive council on August 23, 2018, which revised the guidelines for designation as an emeritus professor.

"Once appointed, E.C, as an appointing authority, will review the continuation or otherwise for each existing emeritus professor after attainment of her/his age of 75 years by considering her/his health status, willingness, availability, university needs etc. so that more positions will be available to other potential candidates," according to the new guidelines.

For this, EC will appoint a sub-committee for each existing professor emeritus above the age of 75, which will examine each case as it deems fit, including by interaction, inviting latest CV, peer group views etc. The recommendation of this committee will be considered by EC for its decision, the new guidelines state.

Thapar was designated professor emerita in 1993, a full 25 years before this "misplaced guideline" was formulated, JNUTA said.