The Army plans to train 100 soldiers every year until it reaches a cadre strength of 1,700. 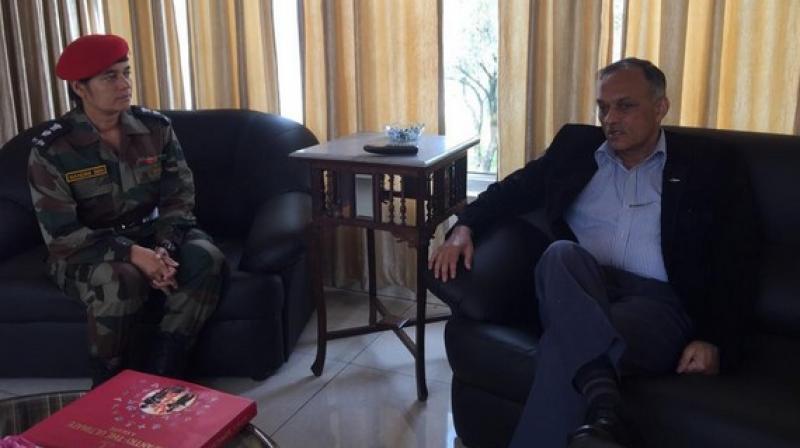 The decks for the induction were cleared in January this year after then Defence Minister Nirmala Sitharaman announced that the government has taken a 'historic' decision to induct women in the Military Police with an aim to enhancing their representation in the three services.

New Delhi: The Indian Army will start training 100 women soldiers from December this year for their eventual induction into the Corps of Military Police.

The training period will be of 61 weeks, same as that for male soldiers.

The Army plans to train 100 soldiers every year until it reaches a cadre strength of 1,700.

Army sources told ANI on Monday that the cadre will be maintained at 1,700 unless and until reviewed.

"Wastage, as we call it due to various reasons including medical, will be catered for during future inductions as we go along," they said.

This comes even as Colonel Commandant of the Military Police, Lt Gen Ashwani Kumar interviewed Lt Col Nandani in Srinagar for the role of instructor.

The Army has dug deep for the selection of instructors for training women soldiers in the force.

"The first batch is most important to us as it will lay down the foundation for generations to come. Another officer is Maj Julie who was an instructor to the first batch of women constables in Assam Rifles," Lt Gen Kumar, Adjutant General of the Indian Army, said.

On August 28, ANI had reported that preparations are underway for receiving and training the first-ever batch of women soldiers in the Corps of Military Police.

The decks for the induction were cleared in January this year after then Defence Minister Nirmala Sitharaman announced that the government has taken a "historic" decision to induct women in the Military Police with an aim to enhancing their representation in the three services.

Women will be inducted in a graded manner to eventually comprise 20 per cent of the total Corps of Military Police and their role would range from probing crime cases to assisting the Army in field operations wherever required.

Last year, Army Chief Gen Bipin Rawat had said the process to allow women in a combat role, currently, an exclusive domain of men was moving fast and initially, women will be recruited for positions in the Military Police.

Currently, women are allowed in select areas such as medical, legal, educational, signals and engineering wings of the Army.

The role of the Military Police includes policing cantonments and Army establishments, preventing the breach of rules and regulations by soldiers, maintaining movement of soldiers as well as logistics during peace and war, handling prisoners of war and extending aid to civil police.

As per government data, the Army has 3.80 per cent of its workforce as women, the Air Force has 13.09 per cent and the Navy 6 per cent.