Mansarovar and efforts by opposition parties like the Congress and RJD to form a nation-wide Grand Alliance. 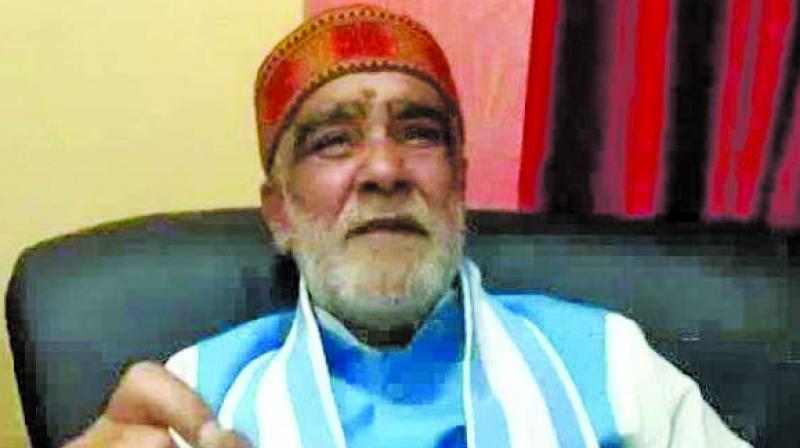 Patna: Union minister Ashwini Kumar Choubey stirred a controversy on Saturday with his remarks that Congress president Rahul Gandhi suffers from “some mental disease like schizophrenia” and “is no more than a ‘naali ka keeda’ (sewer worm) before the Pri-me Minister”, drawing criticism from both the Opposition and NDA ally JD(U).

The BJP leader also targeted RJD chief Lalu Prasad, who is serving jail term in fodder scam cases, saying he has been “cursed by the poor”.

A furious Congress said the BJP has exposed its “fake respect” for Hindu traditions by insulting Gandhi while he is on a pilgrimage to the Kailash Mansarovar shrine. The RJD too hit back saying the BJP leadership, which is “busy making an event” out of the death of Atal Bihari Vajpayee”, should have learnt how to conduct oneself in the public from the late Prime Minister. The minister made the remarks when his views were sought by reporters in Sasaram on Gandhi’s pilgrimage to Kailash

Mansarovar and efforts by opposition parties like the Congress and RJD to form a nation-wide Grand Alliance.