Now, a Gorakhpur in Rajasthan

In the last two months 90 infants have died in a government hospital; most of them within three weeks of birth. 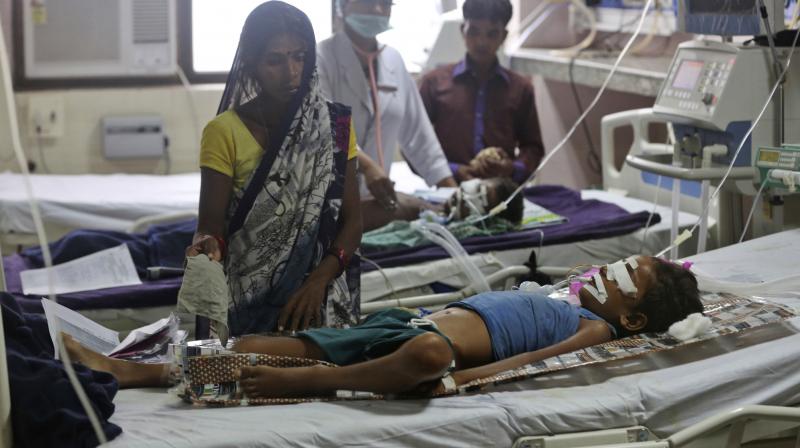 Jaipur: Even as the nation is aghast at the continuing deaths of newborns in Gorakhpur, a similar horror story has emerged in Rajasthan’s tribal dominated district of Banswara.

In the last two months 90 infants have died in a government hospital; most of them within three weeks of birth.

The sudden spurt in the number of children dying at the government owned MG Hospital has sent the government into a tizzy. Health minister Kalicharan Saraf has ordered a probe. “I have asked the district collector to investigate and submit the report in three days,” he said.

The minister has also constituted a three-member committee headed by director, reproductive and child health, Dr. S.M. Mittal to investigate into the deaths at the district hospital. Joint director Ghanshyam Bairwa and Dr. Abhinav are other two members of the committee. Overall, more than 150 children have died in the last five months. There were 20 deaths in April, 18 in May and 26 in June. However, in the month of July, the figure shot up to 50 followed by 40 in the last month. Most children died within 20 days of their birth.  The neonatal mortality rate (NMR) — death within 28 days of birth in Rajasthan was 30 per 1000 live births in 2015, as per the Sample Registration System.

Doctors have cited asphyxia and low birth weight as the two main reasons of deaths. Half the children died from birth asphyxia - a medical condition resulting from deprivation of oxygen to a newborn during the birth process whereas 34 had lower weight below 1.5 kg.

The investigation will focus on reasons for women delivering underweight babies as well as any negligence by the medical staff. Although, health officials claim that increase in deaths was also due to higher number of institutional deliveries following launched of Pukar programme by the district collector.

“There were 12758 deliveries between April and July,” Dr V.K. Jain, principal medical officer of the MG hospital said.

“We launched the programme to create awareness among the mothers and children towards their health. The accredited social health activists (ASHAs), auxiliary nursing midwives (ANMs) and sanitation workers were asked to identify weak and sick newborns, children and mothers. This resulted in more number of children and mothers reaching the district hospital,” district collector Bhagwati Prasad Kalal said.

According to him, lives of many newborns and their mothers were also saved because of high institutional deliveries.