Traffic movement was affected after the natural calamity. 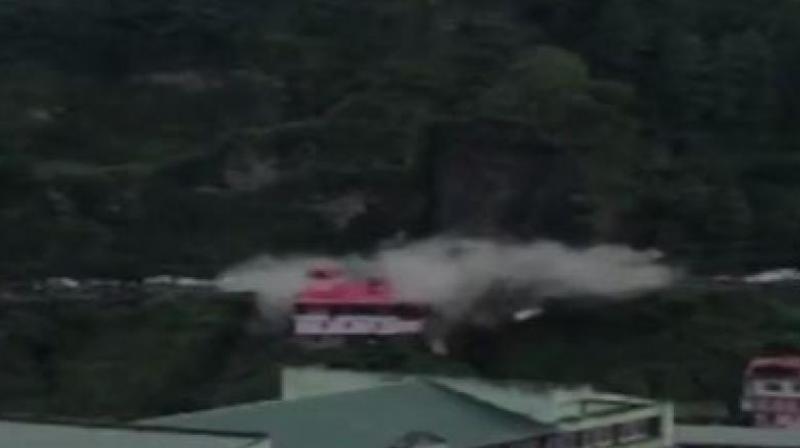 Shimla: Eight vehicles were buried while three houses and a temple were damaged in a massive landslide triggered by heavy rains near Dhalli area in the suburbs of Shimla on Saturday, officials said.

No loss of life was reported in the incident, they said adding that fifteen families were shifted to safer places as several houses on a hill top were at risk.

Due to the landslide, the Dhalli-Shoghi road was blocked and hundreds of trucks loaded with apples and headed to the Bhattakufar Subzi Mandi, three kilometers from the spot, were stranded.

Videos of the incident, which showed a heap of rubble falling on the road, brushing away some vehicles while trapping others under the debris, went viral.

Heavy machinery has been deployed to remove the debris and clear the road, Shimla deputy commissioner Rohan Chand Thakur said, adding that there was no loss of life.

Heavy rains triggered landslides in some interior areas also, but there was no major disruption and most roads functioned.

A video released by ANI shows a portion of hill collapsing and sweeping away cars on the road. The incident took place near Dhalli Tunnel.

The local meteorological office has predicted a wet spell in the region for next six days.