The police is investigating as to how did Ms Honeypreet manage to board the helicopter that took Ram Rahim to Rohtak Jail soon after his conviction. 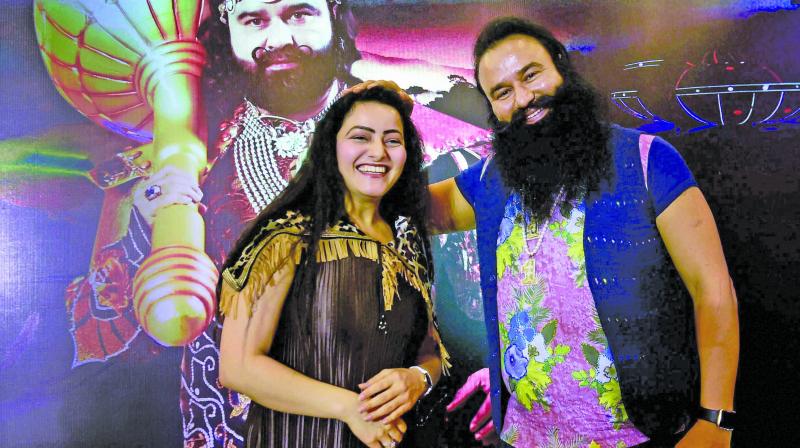 In this file photo Honeypreet Insan is seen with Gurmeet Ram Rahim Singh at the promotional event. (Photo: PTI)

The police is investigating as to how did Ms Honeypreet manage to board the helicopter that took Ram Rahim to Rohtak Jail soon after his conviction.

According to police sources, Ms Honeypreet, is suspected of being part of a conspiracy to whisk the Dera chief away from the police custody in case of an adverse verdict against him in Panchkula on August 25.

Many theories regarding the whereabouts of Honeypreet are doing rounds — while some say that she has gone into hiding soon after her father’s sentence, other reports state that she is staying at the residence of a Dera follower in Sirsa. Ms Honeypreet Insan has a controversial past. The Dera chief got her married to Vishwas Gupta, a Dera follower from Sirsa, in 1999.

Dera insiders claim that when Honeypreet complained to Singh that her in-laws were demanding dowry, he adopted her as his daughter in 2009 and made Vishwas his son-in-law, which gave a big boost to his business. But soon Gupta fell out with his father-in-law, and in 2011 approached the Punjab and Haryana HC to seek the custody of his wife from the Dera chief.

On her Twitter and Facebook accounts, she mentions herself as “PAPA’s ANGEL, philanthropist, director, editor, actress!! Passionate to transform my Rockstar Papa’s directions into actions!”.