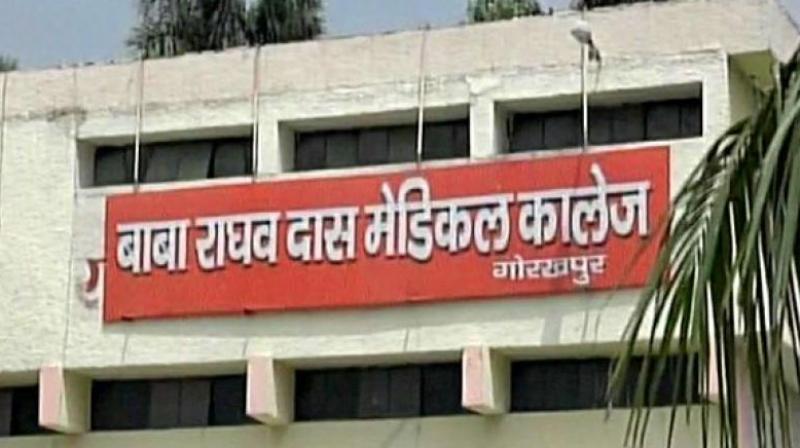 Gorakhpur: The spate of deaths continued in the state-run Baba Raghav Das (BRD) Medical College hospital in Gorakhpur with 13 more children dying in the past 24 hours, taking the toll to 1,317 so far in 2017.

As many as 13 children, 10 in NICU and three in general paediatric ward died in the past 24 hours, the newly-appointed principal of the college Dr PK Singh said on Saturday.

No death was reported in the encephalitis ward during this period, Dr Singh said, adding that 53 new cases were admitted in the hospital.

This year there have been a total of 1,317 deaths in the hospital so far.